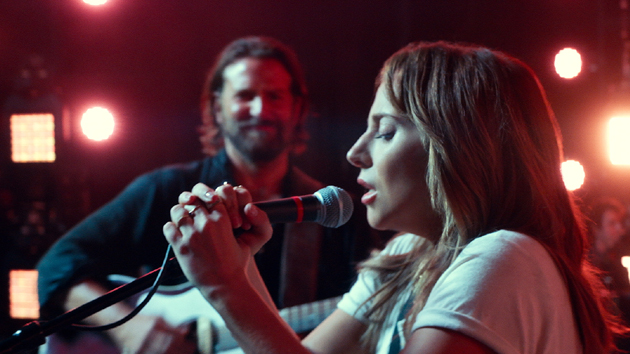 Courtesy of Warner Bros. Pictures(NEW YORK) — Lady Gaga and Bradley Cooper are already brainstorming ideas for a potential performance of “Shallow” at next year’s Oscars.

In a new interview with Variety, the pop superstar said she’s “one hundred percent” on board to sing the A Star Is Born duet with Cooper at the ceremony, should it be nominated for best original song.

Co-star and director Cooper adds, “We talked about that actually, because I’m such a maniac. I started texting [Gaga] the whole pitch of how we should do it. So we’ll see. There might be a cool, unorthodox way we could perform it.”

A nomination for “Shallow” seems likely as it continues to climb the charts. Gaga says she believes the song is resonating with people because it’s about a dialogue between a man and a woman.

“To me, that conversation is what makes the song successful and beautiful and why people cry when they hear it,” she says. “It’s because that man and woman connect, and they are listening to each other.”

The official video of Gaga and Cooper's performance of "Shallow" has earned over 101.4 million views on YouTube in just over six weeks.

At this point, it's seeming as if it's not a question of if A Star Is Born will score any Oscar nominations, but how many. Oscar buzz began the moment the movie debuted at the Venice Film Festival August 31 to near universal acclaim.

Released nationally October 5, A Star Is Born debuted in second place. In the six weeks since it's earned $178.1 million domestically and just under $324 million worldwide.