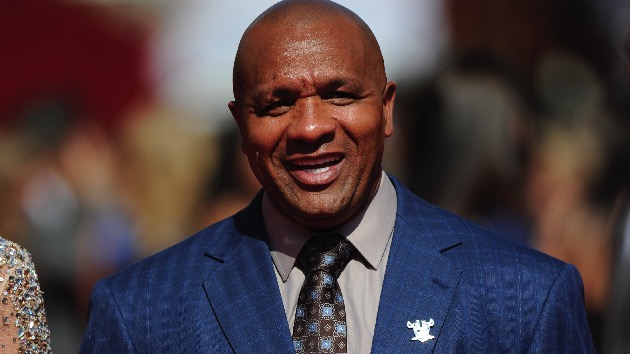 Phil Ellsworth / ESPN(CINCINNATI) — The third time might be the charm for former Cleveland Browns coach Hue Jackson. For the third time, Jackson is returning to Cincinnati, where he'll be special assistant to Bengals head coach Marvin Lewis, ESPN reports.
Lewis said Tuesday in a statement that he has "a great comfort level with Hue," and suggested Jackson could most assist him on game days, specifically with opponent analysis and defense. The Bengals have just fired defensive coordinator Teryl Austin after the team's recent 51-14 loss to the New Orleans Saints.
For his part, Jackson said he is "pleased" to be onboard with the Bengals, and "[looks] forward to doing my part to help it finish strong this season."
But some believe the Bengals' decision to acquire Jackson is no coincidence, with the Bengals and Browns scheduled to face off twice in the remainder of the season. They'll play Nov. 25 in Cincinnati and on Dec. 23 in Cleveland.
ESPN highlights tweets by Browns cornerback Damarious Randall Tuesday.

"In other words Hue we play the [Browns] twice tell us what you know," Randall tweeted.
On Monday, Lewis responded to questions about his plans for defensive plays going forward, saying, "I've got a plan," according to ESPN. Regarding plans for Jackson to join the Bengals, Lewis simply replied, "Watch and see."
The Bengals have not revealed details about the length or terms of Jackson's contract.
Copyright © 2018, ABC Radio. All rights reserved.