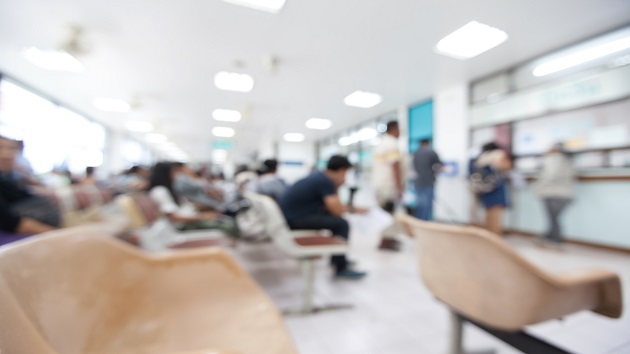 iStock/Thinkstock(ATLANTA) — The vast majority of violent crimes in sampled areas of metro Atlanta go unreported to police, according to a new study by Grady Memorial Hospital and the Centers for Disease Control (CDC) that was published in the peer-reviewed journal, JAMA Internal Medicine.
Unlike most medical research, this study has origins in the local police department. Years ago, DeKalb County Police Sergeant David Fraser’s department was on the hunt for a cat burglar prowling neighborhoods in the county. With about eight burglaries, the case became a priority, so the department set up a community meeting. "When we walked away from that meeting, we had 15 more incidents we were never aware of," Fraser recalled.
It’s a fact of life in law enforcement: for a wide array of reasons, an estimated 52.6 percent of violent crime-related injuries go unreported, according to the Department of Justice.
"You’re talking about a burglar that breaks into your house while you’re at home asleep!" Fraser added. "Some people think 'well I just don’t want to bother the police.' I don’t know what they think."
Fraser said such episodes are indelible in the minds of his police colleagues. Police departments can only hold so many community meetings, and even then departments can’t expect some of the people most vulnerable to crime, or most wary of police, to show up and speak out. When Fraser learned about an innovative new policing technique in the United Kingdom approaching the problem of unreported crime from an entirely new angle, he reached out to the federal agency headquartered in his own county, the CDC, to see if he could bring it here.
Emergency Rooms are a window into violent altercations in communities that law enforcement never learn about. Medical professionals treating the wounded have a duty to keep identifiable personal information private; unless the incident is legally mandated as reportable (involving firearms, or domestic violence) that rich trove of data is lost. Cardiff, Wales based surgeon Jonathan Shepherd realized hospital staff could ask patients about where and when incidents occurred, helping create anonymized spatiotemporal crime maps.
Finding far more crimes than Cardiff police knew about, they say these hospital-generated maps of violent incidents richly enhanced police and community understanding of crime by making trends much clearer. Cardiff's community board quickly realized how frequently intoxicated men threw or swung glass containers, so they asked bars to swap glass out for plastic. When they found many men were ending up in fights after bumping into each other on packed sidewalks, Cardiff opened up more streets to foot traffic.
After four years working with hospital-augmented crime maps this way, Cardiff reduced violent altercations causing wounds by 42 percent compared to similar U.K. cities.
Sgt. Fraser and his DeKalb colleagues met with London police and learned about how these hospital-police-community partnerships, termed the "Cardiff Model," became standard nationwide. With funding from the Robert Wood Johnson Foundation, a partnership was formed between the CDC, Grady Hospital and DeKalb County police to pilot a version here, called the United States Injury Prevention Partnership. While also underway in Philadelphia, Atlanta is the first to publish data, and the numbers are eye-opening.
The data revealed that 83.2 percent of injury-causing crimes went unreported to police in one Atlanta jurisdiction, and 93.1 percent in another, numbers far higher than the Department of Justice’s official estimates.
DeKalb County police consider this new data source a win-win scenario.
"We're getting this extra data, but because it's anonymized and there are no identifiers, it doesn't count against us for Uniform Crime Reporting and it doesn't add to our workload significantly… this is like icing on top of the cake," Fraser said.
"The secret sauce of this is not the hospital, it’s not the police department, it’s the community," said Grady ER physician Dr. Daniel Wu, who co-authored the study and noted that it gives the community invaluable insight about where to direct its attention.
The partnership hopes to see similar initiatives expand nationwide.