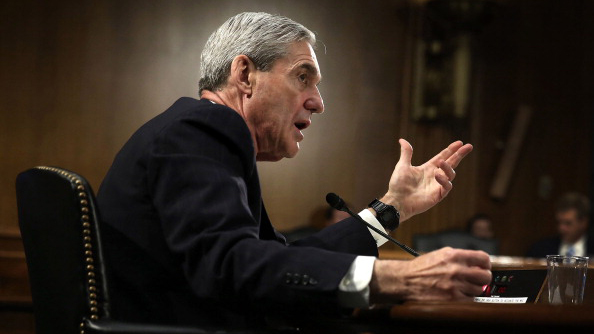 Alex Wong/Getty Images(WASHINGTON) — The former Infowars Washington bureau chief, who recently testified before a federal grand jury in special counsel Robert Mueller’s probe into Russian interference in the 2016 U.S. presidential election, tells ABC News that after two months of closed-door talks with investigators, the special counsel has now indicated he will be charged within a matter of days.
“I don’t know what they’re going to charge me with,” said Jerome Corsi, who until recently served as the Washington, D.C., bureau chief for the controversial far-right media outlet Infowars, in an interview with ABC News on Monday. “I think my only crime was that I support Donald Trump. That's my crime, and now I'm going to go to prison for the rest of my life for cooperating with them,” he later added.
Corsi is one of more than a dozen individuals associated with political operative Roger Stone — a longtime and close ally of President Donald Trump — who have been contacted by the special counsel. The witnesses, many of whom have appeared before the grand jury impaneled by Mueller’s team, have told ABC News they were asked about Stone’s dealings during the 2016 election and what if any contact he may have had with Wikileaks founder Julian Assange through an intermediary, which Stone denies.
Much remains unknown about Mueller’s interest in Stone. But Corsi has emerged as a central figure of interest to Mueller as he builds his case, sources confirm to ABC News. Corsi, who Stone told ABC News he has known for years, has frequently appeared with Stone on-air for Infowars, where Stone currently serves as a contributor.
Corsi described his experience with the investigation as “a horror show” and “a nightmare,” telling ABC News the special counsel’s probe, “Is an inquisition worthy of the KGB or the Gestapo. I feel like I've been through an interrogation session in North Korea in the Korean war.”
In recent weeks, ABC News reported that Corsi returned to Washington, D.C., again for more closed-door meetings with special counsel investigators, and was scheduled to make a second appearance before the federal grand jury in the probe. However, Corsi’s second grand jury testimony was ultimately canceled, and Corsi says prosecutors with the special counsel’s office told his attorney to expect forthcoming charges.
Reached by ABC News on Monday, Corsi's lawyer, David Gray, declined to comment on the matter.
Shortly after his interview with ABC News, Corsi hosted a live stream on his YouTube page in which he reiterated his expectation to be indicted, telling supporters; “I fully anticipate in the next few days to be indicted by Mueller.”
This is a breaking news story, check back for updates.