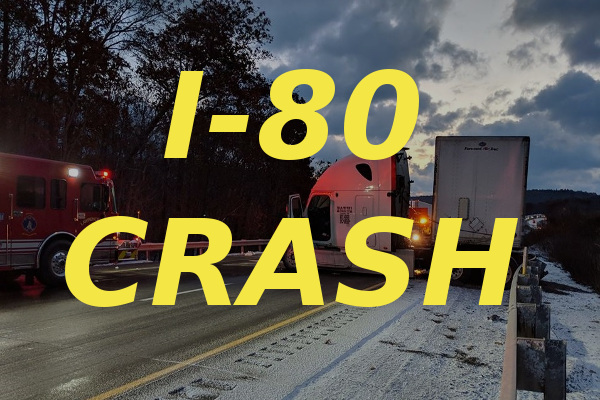 Lawrence Township, PA – There are still no official details from police on the extent of the injuries from Saturday morning’s crashes along Interstate 80.

Due to the winter weather, I-80 had to be closed off for about seven hours on Saturday.

One of the most severe pile-ups was between mile-markers 115 and 116 around 7 a.m., which involved tractor-trailers and many cars.

Multiple people were entrapped and had to be rescued from their vehicles, and several patients had to be taken by ambulance from the scene.

“Saturday, November 10th proved to be a trying day with multiple motor vehicle accidents/mass casualty incidents for the members of the LTFD. Calls came in around 6:20 and 7 for multiple accidents with injuries and entrapment in different sections of Interstate 80 between the Penfield and Woodland exits.

“I am beyond proud of the men and women of this department and of our mutual aid departments for their efforts and actions throughout this whole event. Their training and skills have paid off and many lives were saved. These fire/rescue personnel encountered multiple walking wounded and seriously injured patients which 4 of them had to be extricated from their vehicles. Most were boarded and assisted from their vehicles or walked out to awaiting ambulances.

“3 medical helicopters landed on 80 and transported 3 of the 4 critical patients. Others were transported by ground to near by hospitals. Fuel leaks/spills, ruptured box trailers and slippery road conditions were some of the hazards crews had to work in. Also to those uninjured drivers and travelers that were stuck in between these accidents that stepped up and helped first responders and each other.”

It was reported that 15 vehicles were involved and 12 patients transported. The conditions of those victims are still unknown.