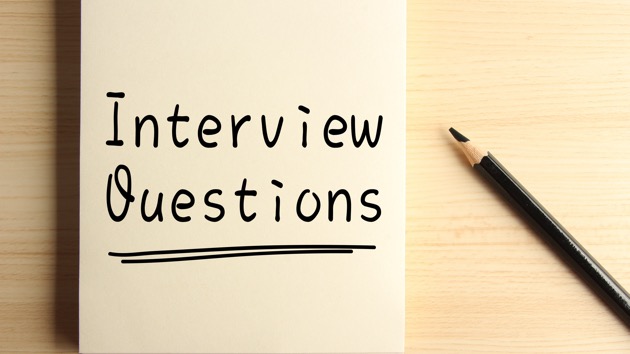 iStock/Thinkstock(NEW YORK) — "Sixty seconds, name as many pastas as you possibly can."
If you ever have an interview with Outdoor Voices founder and CEO Tyler Haney, there’s a good chance she might quiz your pasta knowledge.
It's her go-to question.
"It's actually the most weird question, but people can run with it … it's the reaction that I'm really looking for with that question," Haney told ABC News’ chief business, technology and economics correspondent Rebecca Jarvis.
Her recreational activewear company isn’t exactly in the food space, but she said that the way a person reacts is often a good indicator of their mindset, which is the of the utmost importance when she is hiring.
"It's this nimbleness, this fluidity and this ability to kind of react to change and not be rigid," she said."
In only four years, the 30-year-old CEO has made an impression in the fashion industry, raising more than $56 million from investors like Google Ventures and attracting former J.Crew CEO and venture capitalist Mickey Drexler as chairman of the board.
She said her goal isn't creating fashion but rather creating a product meant to be sweat in, something inspired by her active childhood in Boulder, Colorado.
She described herself growing up as the "ultimate tomboy," playing an array of sports and following college basketball. She cheers for the Kansas Jayhawks, her parents' alma mater.
"I played every sport imaginable," she said. "I had a bowl cut. I might bring that look back — I was kind of into it. But I've always wanted to own a sports team. I'm obsessed with sports."
As a child, she had dreams of going to the Olympics, and for awhile was very serious about track and horseback riding, even serving as the groom for the U.S. Equestrian Team at the World Cup in Germany. But as she got older, her focus shifted.
"I took a year off after high school … that was the moment that I was like, 'I'm not going to pursue either hurdles or horses more seriously,'" she added.
Instead, she decided to do something new and move to New York City.
"My family is mostly on the West Coast, and they were like, 'Are you crazy, going to the East Coast?'" she said. "But I made it happen and worked in restaurants actually for my first year off here."
After her year off, she decided to pursue a business degree at Parsons School of Design.
While Haney didn't necessarily have an interest in apparel, both of her parents were designers and she had a lifelong love of building and creating. It was there where she first had the idea for Outdoor Voices.
"I'm on the West Side Highway running a very recreational jog, and I look down and I'm wearing these macho clothes like muscle mapping and neon brights," she said, "and I think, 'I feel like an imposter,' and I said, 'I want to build an outfit for this type of exercise, casual exercise, exercise I'm doing on a daily basis.'"
Her first step was learning how to make the product.
Haney said she had "no idea how to make clothing" but spent countless hours in the garment district of Midtown Manhattan and on Google to find pattern makers and specific materials for prototypes.
"I took the first shelf of the bunk bed out, and I kept my rolls of fabric underneath," she said. "I would do mockups just so that I would have something to bring to the pattern makers and be like, 'Hey, this is kind of the cut that I want.' But, ultimately, I worked with pattern makers in Midtown to make the first samples."
With an initial investment from friends and family, plus her own savings, Haney was able to launch Outdoor Voices in 2014.
Today the company has eight retail locations and three more in the works and a growing roster of employees, all of whom were interviewed by Haney herself.
When it comes to that process of interviewing and hiring, she recalled the worst advice she's received along the way: "Hire for experience."
Instead, Haney looks for a certain "mindset" — someone who's willing to be dynamic and not only has the technical capabilities but also understands the company's culture.
"When you're changing the conversation and creating a new company that doesn't exist, experience doesn’t always translate," she said. "While experience is important, I've put mindset ahead of it as a criterion I look for when I'm hiring."

Hear more from Outdoor Voices founder and CEO Tyler Haney on Episode 93 of the "No Limits with Rebecca Jarvis" podcast.
Copyright © 2018, ABC Radio. All rights reserved.