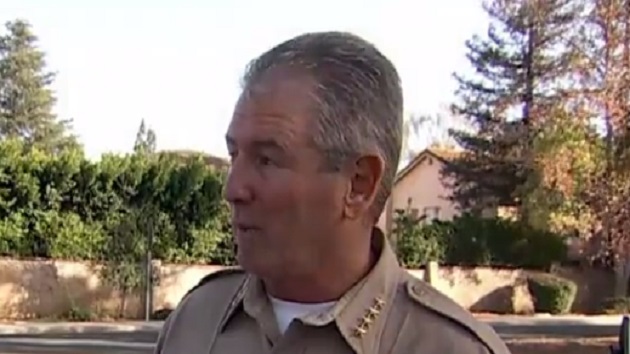 ABC News(THOUSAND OAKS, Calif.) — The veteran suspected of opening fire at a Thousand Oaks, California, bar, killing 12, died of a self-inflicted gunshot wound, an official from the Ventura County Sheriff's Office told ABC News.
Ian David Long, 28, an ex-Marine, fatally shot 11 people at the Borderline Bar and Grill, as well as a police officer who responded just before midnight Wednesday.
Preliminary information indicates that Long walked into the bar, immediately shot a group of security guards and employees standing near the entrance to the bar and then paused to text or post to social media, according to law enforcement sources briefed on the investigation.
"It's too bad I won't get to see all the illogical and pathetic reasons people will put in my mouth as to why I did it," he wrote at 11:24 p.m., according to documents obtained by ABC News. "Fact is I had no reason to do it, and I just thought… life is boring so why not?"
Three minutes later, he posted, "Yeah… I'm insane, but the only thing you people do after these shootings is 'hopes and prayers' … or 'keep you in my thoughts' … every time… and wonder why these keep happening."
Long's social media were taken down at the request of law enforcement.
Long, a former U.S. Marine, showed signs of post-traumatic stress disorder, authorities said, but there's little information available yet on what prompted the attack late Wednesday night at the Borderline Bar and Grill. Long was found dead inside the bar.
"He was somewhat irate. Acting a little irrationally," Ventura County Sheriff Geoff Dean said at a press conference. "They felt he might be suffering from PTSD, the fact he was a veteran."
Long, 28, lived near the bar with his mother, neighbors told police, describing the suspect as a troubled man who battled fits of rage.
"I think I do recall some times when he was struggling with some issues internally," said Todd Stratton, a friend of Long's. "I didn't know [about] PTSD, but his girlfriend would kind of ask him about things going on with him, because he'd get really upset sometimes and kind of shut down and he wouldn't want to talk about it to people. He'd just kind of close himself up, and I think he had a really hard time reaching out for help because of his personality."
FBI officials have swarmed the house, desperate to find the motive behind his alleged shooting rampage.
One neighbor told ABC News she called the police on Long once after he allegedly got into a fight with his mother. Another neighbor said Long rarely left home and that his mother told her that he was getting violent.
Dean said Long had several previous run-ins with police, including an incident in April where deputies were called to his home in Newbury Park because he was reportedly behaving erratically.
"They went to the house, they talked to him. He was somewhat irate, acting a little irrationally," Dean said. "They called out our crisis intervention team, our mental health specialist, who met with him, talked to him and cleared him."
"It's difficult, because I've been doing this for 41 years, and you don't leave things unfinished," Dean, who'd been considering retirement, told ABC News' David Muir.
Dean was a close friend of one of the shooting victims, Sgt. Ron Helus, who died in the line of duty.
"I think we try to look at the core and try to understand what happened and see if there's a way that we can stop it. We all try to make sense of the senseless."
Authorities said hundreds were inside when the suspect walked in to the country-western bar with a gun and opened fire. The weapon was equipped with a an extended-ammunition magazine, allowing it to hold more than the normal 10 bullets, so it's unclear how many total rounds he may have had, police said.
Zach Frye and Tyler Odenkirk told ABC News that two of their friends who worked as security guards at Borderline were among the dead. A Borderline bouncer said they were surely among the heroes.
"I know they did everything they could in their final moments," the unnamed bouncer said. "We were told one of them went out a hero. He went out fighting the shooter."