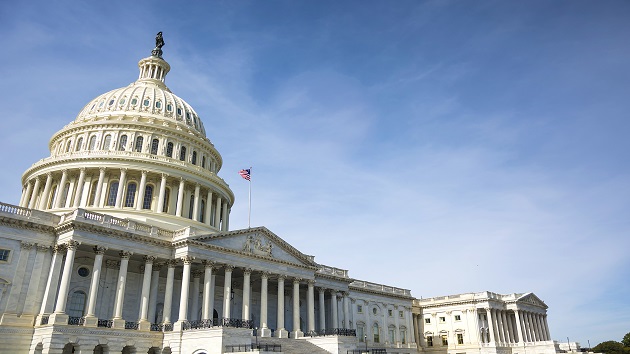 iStock/Thinkstock(NEW YORK) — Two incoming Democratic congressional committee chairs say they plan on investigating President Trump, but that there will be limits on how they use the power of their newfound majority.
Incoming House Oversight Committee Chair Rep. Elijah Cummings and incoming House Judiciary Committee Chair Rep. Jerrold Nadler told ABC News Chief Anchor George Stephanopoulos that their committees’ powers should be used judiciously.
In an exclusive interview on “This Week” Sunday, Cummings said subpoena power cannot be abused.
“I'm not going to be handing out subpoenas like somebody's handing out candy on Halloween, I take this as a lawyer and as an officer of the court, I take subpoenas very seriously and I plan to, if I have to use them, they will be used in a very, in a methodical way, and it must be in the public interest,” Cummings said.
He added that the subpoenas will be used as a “method of last resort.”
With a House majority and a larger budget, Democrats on the Oversight Committee will have more flexibility to pursue their investigations.
Cummings has already drafted a list of 64 subpoenas and inquiries relating to concerns about the Trump administration’s activities. Republicans rejected the list in the most recent Congress, but Democrats have expressed an interest in revisiting those requests when they assume the majority in January.
It’s then that Democrats will be able to issue subpoenas and compel federal officials to turn over records and testify before their committees. Their powers also include the ability to ask the Internal Revenue Service to turn over individual tax records for review, including those of Trump. The incoming chairs of at least four committees — Oversight, Judiciary, Intelligence and Ways and Means — have expressed an interest in pursuing investigations into Trump, his administration and his personal finances.
Trump, however, has called the House’s plans to investigate him a “waste” of taxpayer money, even threatening to have the Republican Senate investigate them in return.
In another interview on “This Week,” Rep. Jerrold Nadler, the incoming Democratic chair of the House Judiciary Committee, said his committee will also provide oversight on the Trump administration. When it came to pushing for impeachment, however, Nadler was measured, citing his own previous opposition to the Clinton impeachment.
“You have to be very reluctant to do an impeachment,” Nadler said. “We’ll have to find out… that the president has or has not committed apparently impeachable offenses and whether those impeachable offenses rise to the gravity which would necessitate putting together, putting the country through the trauma of an impeachment process.”
Nadler added that the impeachment process depends on what comes out of Special Counsel Robert Mueller’s report. When Stephanopoulos asked Nadler what his committee’s top oversight priority would be, Nadler said it would be to ensure Mueller’s investigation can continue unimpeded.
“Our top priority is to protect the Mueller investigation, to protect the integrity of that investigation from the White House attempt to stifle it and to – to interfere with it,” Nadler said.
Amid fears that Trump will interfere with investigations into his campaign and administration, Cummings asked the president not to stand in the way of committee efforts to investigate.
Stephanopoulos followed up by asking what his response will be if the president does not cooperate and comply with subpoenas.
“We will cross that bridge when we get to it. I'm not going to deal with that hypothetical because I'm more optimistic than that,” said Cummings.
Copyright © 2018, ABC Radio. All rights reserved.