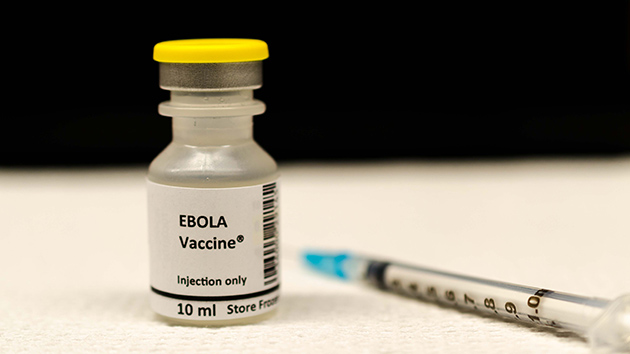 iStock/Thinkstock(NEW YORK) — The current Ebola outbreak in the eastern part of the Democratic Republic of the Congo is the worst in the country's recorded history, with 319 confirmed and probable cases, resulting in 198 deaths, the country's health ministry said.
Ebola virus disease, which causes an often-fatal type of hemorrhagic fever, is endemic to the region. It's the 10th outbreak the Democratic Republic of the Congo has seen since 1976, the year that scientists first identified the deadly virus near the eponymous Ebola River.
"No other epidemic in the world has been as complex as the one we are currently experiencing," the country's health minister, Dr. Oly Ilunga Kalenga, said in a statement late on Friday.
The outbreak is also the third most severe in the recorded history of the African continent, following 28,652 cases in the 2013-2016 outbreak in multiple West African nations and 425 cases in the 2000 outbreak in Uganda, according to data from the U.S. Centers for Disease Control and Prevention.
Among the total amount of people who have reported symptoms of hemorrhagic fever since the country's latest outbreak began Aug. 1, 284 of them have tested positive for Ebola virus disease. Nearly 28,000 people have been vaccinated in the outbreak zone since Aug. 8, according to the health ministry.
The outbreak has been heavily concentrated in the northeastern province of North Kivu, where about half of all cases have been recorded in the conflict-torn city of Beni, which is home to 800,000 people. People have also been infected in neighboring Ituri province.
North Kivu and Ituri are among the most populous provinces in the Democratic Republic of the Congo and share borders with Uganda and Rwanda. They are also awash with violence and insecurity, particularly in the mineral-rich borderlands where militia activity has surged in the past year, all of which complicates the response to the outbreak.
There is also misinformation and mistrust from the community, partly due to the security situation, and there's a reluctance among some residents to seek care or allow health workers to vaccinate, conduct contact tracing and perform safe burials, according to the health ministry.
"Since their arrival in the region, the response teams have faced threats, physical assaults, repeated destruction of their equipment and kidnapping. Two of our colleagues in the Rapid Response Medical Unit even lost their lives in an attack," the health minister said in his statement Friday night.
Although the outbreak remains "dangerous and unpredictable," new measures to overcome these challenges are having a "positive impact," the United Nations Department of Peacekeeping Operations and the World Health Organization (WHO) said in a statement Thursday after a joint mission to assess the situation.
"The fact that we have so far prevented Ebola from spreading into neighboring countries is a testament to the hard work and determination of staff from all partners," WHO director-general Tedros Adhanom Ghebreyesus said in the statement.
The United Nations Organization Stabilization Mission in the Democratic Republic of the Congo (MONUSCO) has recently adopted an "active approach" to the armed groups operating in North Kivu, providing a "period of calm" in and around Beni, although some attacks have persisted in surrounding villages.
"We are facing numerous complex challenges, but it’s encouraging and inspiring to see that our efforts to deliver as one UN have been extremely successful in many hotspots and will help to end the outbreak and save lives," United Nations under-secretary-general for peacekeeping operations Jean-Pierre Lacroix said in the statement.
Last month, the WHO heeded the recommendation of an expert advisory committee to not declare the outbreak a public health emergency of international concern — a proclamation that would have mobilized more resources and garnered global attention.
The committee chairman, Robert Steffen, said they came to the decision by looking at three main criteria.
"Is it extraordinary? Is there a risk of cross-border spread? Is there potential for requiring international response?" Steffen told reporters in a teleconference Oct. 17.
Despite its conclusion, the committee emphasized in a statement that the Congolese government, WHO and partners "must intensify the current response" to the ongoing outbreak and this "should be supported by the entire international community," otherwise "the situation is likely to deteriorate significantly."
"I’ve accepted the recommendation of the committee but this does not mean that we are not taking the outbreak seriously," World Health Organization's director-general, Tedros told reporters. "We will not rest until this outbreak is finished."