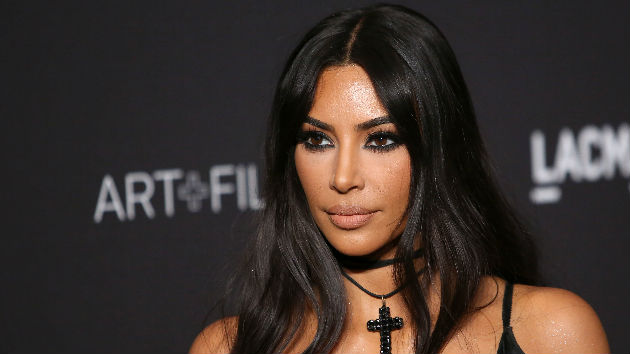 Jesse Grant/Getty Images(LOS ANGELES) — Kim Kardashian was forced to evacuate her Hidden Hills, California home Thursday night, due to the threat of a rapidly spreading 2000-acre Woolsey Canyon wildfire in Ventura County, according to People magazine.

The Keeping Up with the Kardashians star had shot an aerial video of the flames from her private jet, which she posted on her Instagram Stories, according to the magazine. However, she learned upon landing that the flames were from the Woolsey Fire, not far from the compound she shares with husband Kanye West.

“Just landed back home and had 1 hour to pack up & evacuate our home. I pray everyone is safe,” she wrote.

Kim also thanked the fire fighters for their hard work, before recording the firetrucks and police cars driving down her neighborhood’s streets.

“They’re evacuating everyone right now from all of our homes,” she reportedly said in the video, taken from her car.

The Woolsey fire in Calabasas is one of two separate brush fires that erupted on Thursday, forcing mandatory evacuations. The fires also impacted surrounding areas including Calabasas, where Kim’s sister Kourtney lives, according to People, which reports that she also chose to evacuate.