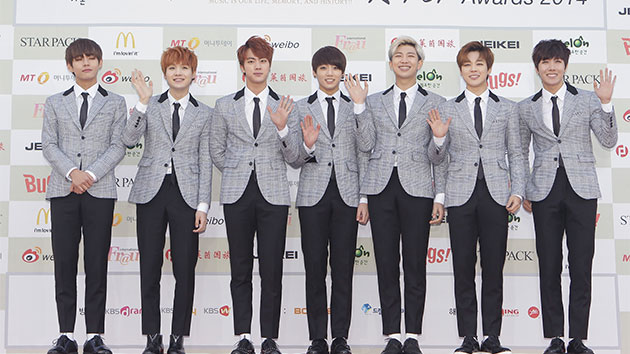 TV Asahi had invited BTS to perform on its live music show on Friday. But TV Asahi revoked the invite after it had received complaints about BTS member Jimin.

Viewers had complained over a T-shirt Jimin was spotted wearing in Los Angeles in March of 2017. The T-shirt showed an atomic bombing cloud with an image of Korean people celebrating liberation after World War II. The words “Korea” and “patriotism” were written on it.

ABC News' request for comment to BTS' management team was not immediately returned.