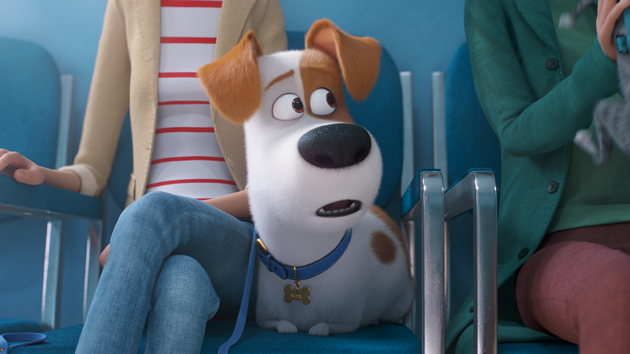 Illumination(NEW YORK) — Illumination released the first trailer for The Secret Life of Pets 2, the followup to the 2016 blockbuster.

The clip, or "character trailer" as the studio's calling it, finds Max the dog — now voiced by Patton Oswalt, replacing Louis C.K., who was fired from the project following sexual misconduct allegations — going for what turns into a harrowing trip to the vet. While there, he encounters other seemingly normal pets, some of whom appear to be more than just a little bit off.

Saddle up with the action-packed new trailer to ‘Yellowstone’ prequel series ‘1883’
New ‘Peacemaker’ trailer shows that John Cena’s vigilante character has daddy issues, too
Trailer shows Amazon Prime got a big star, literally, for its Jack ‘Reacher’ series
Jon Stewart joins ABC’s ‘Live in Front of a Studio Audience: ”The Facts of Life”
See a life-sized house made of candy come to life on Hulu’s ‘Candified: Home for the Holidays’
“It’s the moment I’ve waited for my entire life”: Michael B. Jordan takes the reins of his career, and ‘Creed III’