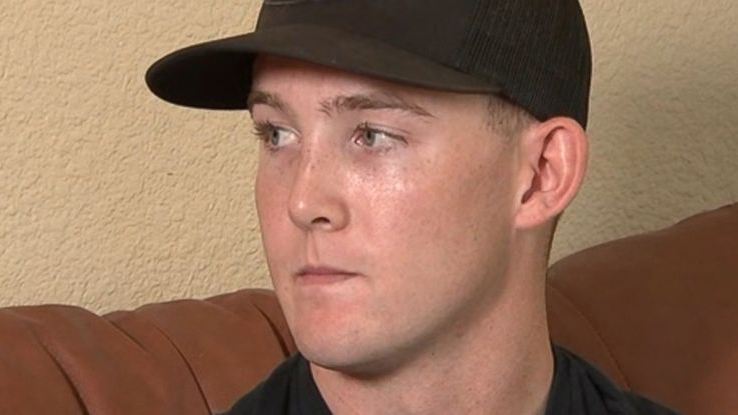 KABC-TV(LOS ANGELES) — A former U.S. Marine who survived both last night's Thousand Oaks massacre and last fall's mass shooting at a Las Vegas country music concert said he feels stunned to be alive.
"Only thing I can attribute it to is God," Brendan Kelly told Los Angeles ABC station KABC-TV. "His protective hand over me that night, on Oct. 1, and last night."
Brendan Kelly is a regular customer at Borderline Bar and Grill where at least 12 people died in a mass shooting on Wednesday.
He recalled hearing the first shots, “Pop, pop,” he told KABC-TV.
"Being in the military, being in the Marine Corps, I'm aware of what that sounds like — especially in an enclosed area,” Kelly said.
The suspected shooter Ian David Long, also a U.S. Marine Corps veteran, allegedly used a legally-purchased .45-caliber handgun to kill at least a dozen people Wednesday night, including a 29-year veteran law enforcement official, Ventura County Sgt. Ron Helus.
After identifying the direction where the gunfire was coming from, Kelly yanked other people around him to the ground, searching for cover and finally got some of them to the back exit of the venue.
"As soon as I identified where the target was, or where the threat was, I grabbed at least two people around me and yanked them as hard as I could to get to the nearest exit," Kelly said.
After he got out, Kelly used his belt to apply a tourniquet to a friend's arm and helped other victims who suffered gunshots.
"I wanted to help as best I could," said Kelly.
Kelly said it's still hard for him to wrap his head around the fact that he has lived through two mass shootings in just over a year.
"Borderline was our safe space…for lack of a better term — it was our home for the probably 30 or 45 of us who are all from the greater Ventura County area who were in Vegas,” Kelly said.
“That was our place where we went to the following week, three nights in a row just so we could be with each other."
"It's too close to home," Kelly said.
Some Las Vegas survivors also rushed to the Borderline club to give assistance, Kelly said.