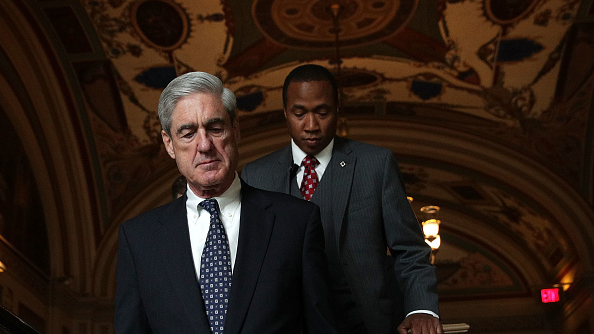 Alex Wong/Getty Images(WASHINGTON) — Special counsel Robert Mueller and his team of prosecutors are in the process of writing a final report on the nearly 18-month long investigation into Russian meddling during the 2016 election, sources tell ABC News.
The timing for when a final report would be submitted by the special counsel’s office is still unclear, and sources say there is also no clear timeline for when Mueller will wrap his investigation.
Meanwhile, President Donald Trump’s legal team has begun working with the president to craft responses to questions from Mueller’s team as part of their investigation, sources close to Trump told ABC. The nearly year and a half long investigation by the special counsel stems from allegations of Russia coordinating with members of the Trump presidential campaign.
Mueller’s team effectively worked behind closed doors in the months leading up to the 2018 midterms, taking little to no action publicly.
The special counsel’s office upheld a long-standing Justice Department guideline that calls for discretion in taking legal or law enforcement measures within 60 days of an election in an effort to avoid the impression of attempting to sway voters.
Over the course of his investigation thus far, Mueller and his team of prosecutors indicted 32 individuals and three Russian businesses on charges ranging from computer hacking to conspiracy and financial crimes.
Those indictments have led to six guilty pleas and three people sentenced to prison. Four former Trump campaign officials – including his onetime national security adviser Michael Flynn and campaign chairman Paul Manafort – are among those who have pleaded guilty.