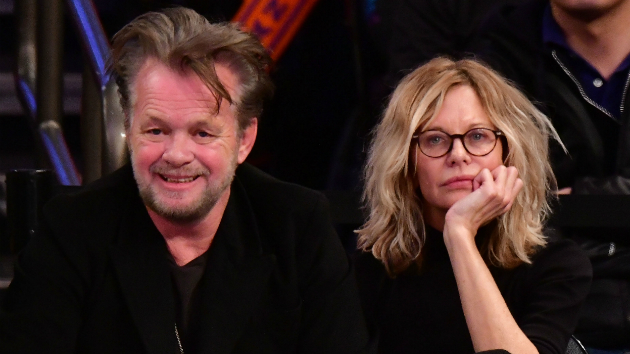 James Devaney/Getty Images(NEW YORK) — Congratulations to rocker John Mellencamp and his longtime girlfriend, actress Meg Ryan, who are engaged to be married. Ryan shared the news via her Instagram, posting a goofy line drawing of herself and Mellencamp, along with a caption that reads, "ENGAGED!"

A rep for Mellencamp confirmed the engagement to ABC Radio.

The 67-year-old Rock & Roll Hall of Famer and the 56-year-old When Harry Met Sally star have had an on-again off-again romance. After initially dating from 2011 through 2014, the couple rekindled their relationship last year.

In March of 2018, the Page Six gossip column reported that Mellencamp and Ryan were scoping out sites for a wedding on Daufuskie Island, South Carolina, where the Indiana rocker owns a mansion.

Mellencamp has been married three times before, most recently to fashion model Elaine Irwin, whom he divorced in 2011 after 18 years of marriage. Ryan was previously married to fellow actor Dennis Quaid from 1991 to 2001.

Ryan has a son named Jack with Quaid, as well as a daughter, Daisy, whom she adopted after her divorce.