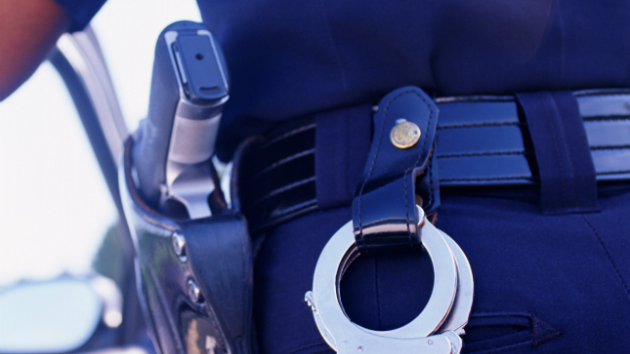 iStock/Thinkstock(HOUSTON) — A police chief in Texas is being praised for his quick thinking after bodycam footage captured him saving a baby who had stopped breathing.
On Friday, Splendora Independent School District Police Chief Rex Evans was on patrol, driving from one school to another, just outside Houston, when a man and woman flagged him down, asking for help with their baby, according to ABC News affiliate ABC13.com in Houston.
Footage from Evans' bodycam showed him racing over to the stopped minivan, after pulling over his patrol car.
"I need an ambulance … for a baby not breathing," he could be heard saying on his radio. "CPR in progress."
On his bodycam, a woman, clearly in distress and crying, could be seen handing a swaddled baby, less than 2 weeks old, quickly over to the officer as the door to the parked minivan opened.
"The baby was very discolored, eyes were rolled back," Evans told the affiliate during an interview after the incident.
Evans started compressions on the baby and lifted it forward after he saw liquid in the infant's mouth and around his nose. Evans said that after he'd cleared the liquid, the baby began to breathe. He told ABC News Wednesday that he'd performed CPR on the infant for 1 minute and 24 seconds.
"Come on, baby," Evans could be heard saying as the baby started crying. "Come on, baby. It's OK."
When the ambulance arrived, he updated rescue personnel on the baby's status: "He's breathing now. He wasn't breathing when they stopped."
The baby was taken to a hospital, according to ABC13.com. The mother and the baby are going to be OK, authorities said.
"It was such a relief," Evans said of the incident.