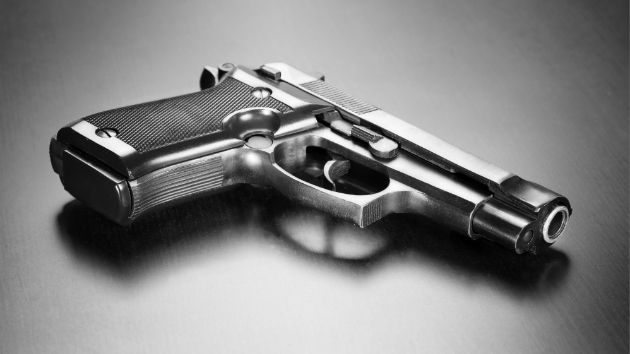 iStock/Thinkstock(NEW YORK) — Twenty-one states around the country, from California to Maryland, saw active shooter incidents in the two-year period from 2016 to 2017, ten more than in the previous two-year period, according to a new FBI report.
Texas had the most with five, followed by four each in California and Florida.
According to the FBI, an active shooter is one or more individuals actively engaging in killing or attempting to kill people in a populated area.
The report, by the FBI's Office of Partner Engagement, found that in the years 2016 and 2017, there were 50 active shooter incidents — 20 in 2016 and 30 in 2017.
That is an increase from the 2014-2015 period during which there were 40 active shooter incidents.
A total of 943 people were either hurt or killed in 2016 and 2017, not counting the shooters. The total over those two years amounts to 60 percent of all those killed or wounded in incidents between 2000-2016. That 16-year-period saw 1,486 people hurt or killed in active shooter incidents.
There were 221 people killed and 722 people wounded in 2016 and 2017.
The biggest mass casualty incident in the country's history happened on Oct. 1, 2017 when Stephen Paddock opened fire on the Route 91 Harvest Festival from across the street killing 58 and injuring 489.
According to the FBI, three incidents spiked casualty numbers in the most recent report: the Pulse Nightclub shooting in Orlando, Florida, that aforementioned Route 91 Harvest Festival in Las Vegas, and the First Baptist Church in Sutherland Springs, Texas.
The report says most of the incidents occurred in places of business, such as a shopping mall, followed by open spaces, such as a park or an outdoor concert venue and school environments.
The year 2000 saw the lowest number of both incidents and casualties and since then there has been an increase in both.
Since 2000, there have been at least 20 casualties in a year because of active shooting incidents.
Copyright © 2018, ABC Radio. All rights reserved.

With obesity on the rise, the best diet may be tailored to our genes, experts say
Woman raises over $100k in two days to pay for Asian American’s taxi rides amid rise in hate crimes
Alcohol-related liver disease on the rise among young women amid increased pandemic drinking
Matt Gaetz’s controversial rise to MAGA stardom faces renewed scrutiny amid DOJ probe
Even with vaccinations on the rise, epidemiologists urge caution as nation reopens
Active shooter reported at grocery store in Colorado: Boulder police