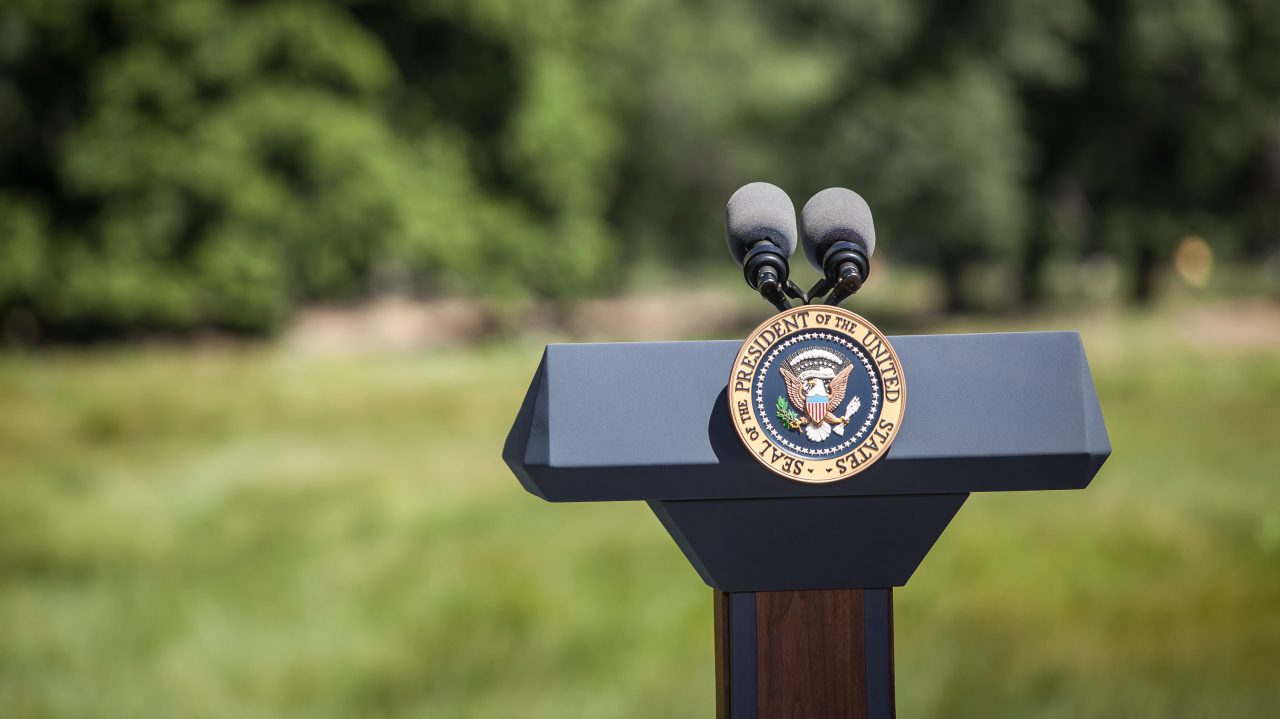 iStock/Thinkstock(WASHINGTON) — The White House has suspended press access for CNN correspondent Jim Acosta after he and President Trump engaged in a heated exchange during a press conference on Wednesday, one day after the midterm elections.

Acosta tweeted that the Secret Service barred him from entering White House grounds to shoot his 8 p.m. news broadcast. A video posted by Acosta on Twitter also shows that his credentials were confiscated.
"This is Jim Acosta. I am in front of the White House. Secret Service officer is asking for my hard pass," Acosta said on the video. "Obviously, no hard feelings to the officer, but I am now giving my hard pass to the Secret Service."
The Secret Service agent could be heard on camera saying he "was just told to do it" and takes Acosta’s ID out of his lanyard.
The White House said in a statement that the reason Acosta was banned from the grounds is because he placed "his hands on" a White House intern during the press conference in the East Wing earlier in the day.
"President Trump believes in a free press and expects and welcomes tough questions of him and his Administration," press secretary Sarah Sanders said in the statement. "We will, however, never tolerate a reporter placing his hands on a young woman just trying to do her job as a White House intern."
The testy back-and-forth began as Acosta attempted to ask Trump a question about the Russia investigation.
"Honestly, I think you should let me run the country, you run CNN, and if you did it well, your ratings would be much better," Trump told Acosta.
After Trump said, "That's enough," a White House intern tried to grab the microphone from Acosta.
As Acosta kept a firm grip of the microphone with his right hand, his left hand briefly came in contact with the inside of the woman's elbow as she reached over to grab it, video from the press conference shows.
“Pardon me, ma’am,” Acosta told the intern during the encounter, before asking Trump if he was "concerned" that he may be indicted in the Russia investigation.
Before Acosta could finish the question, Trump cut him off, saying “I’m not concerned about anything with the Russian investigation because it’s a hoax. That’s enough. Put down the mic."
Visibly frustrated, Trump walked away from the podium for a few seconds before returning to admonish Acosta.
“I tell you what. CNN should be ashamed of itself, having you working for them,” Trump said. “You are a rude, terrible person. You shouldn’t be working for CNN.”
As Acosta began to interject, Trump attempted to invite more questions from another reporter before speaking to Acosta again. “You’re a very rude person. The way you treat Sarah Huckabee is horrible, and the way you treat other people is horrible. You shouldn’t treat people that way.”
Trump then told Acosta to “sit down,” saying, “When you report fake news, which CNN does a lot, you are the enemy of the people."
Sanders described the behavior the White House accused Acosta of displaying as "absolutely unacceptable" and said it was "disrespectful to the reporter’s colleagues not to allow them an opportunity to ask a question."
Sanders also defended Trump, saying he has "given the press more access than any President in history," and scolded CNN for being "proud" of Acosta.
"Contrary to CNN’s assertions, there is no greater demonstration of the President’s support for a free press than the event he held today," Sanders said in a statement. "Only they would attack the President for not being supportive of a free press in the midst of him taking 68 questions from 35 different reporters over the course of an hour and a half – including several from the reporter in question. The fact that CNN is proud of the way their employee behaved is not only disgusting, it is an example of their outrageous disregard for everyone, including young women, who work in this Administration."
An Oct. 29 tweet pinned to the top of Acosta's Twitter profile says, "We are not the enemy of the people."