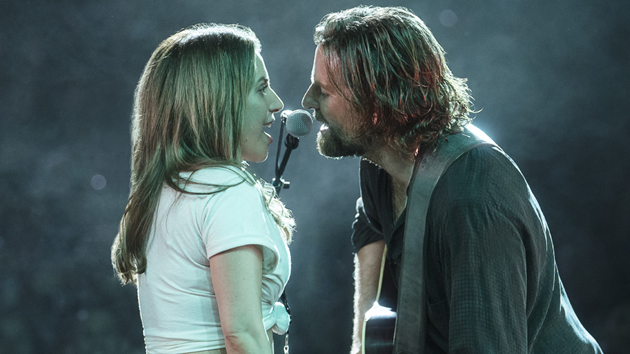 Clay Enos/Warner Bros. Pictures(NEW YORK) — (SPOILERS AHEAD) Most rating systems are in place to warn people about sex, language and violence — but New Zealand has changed its rating forA Star Is Born based on something else in the movie that has some viewers extremely upset.

The country's Office of Film and Lit Classification tweeted, "Thanks to public feedback we've updated the descriptive note for #AStarIsBorn to include a warning for suicide. The depiction is subtle but emotionally arresting. The film is classified M 'Sex Scenes, Offensive Language, Drug Use & Suicide.'"

When one fan complained that this announcement amounts to a spoiler — which it does — the office replied, "Sorry…We've had a number of people contact us because they WEREN'T warned, and were unexpectedly traumatized when watching the film after recent bereavements to suicide. Unfortunately in this case, spoilers are warranted."

Is this an overreaction? Not according to New Zealand's Mental Health Foundation, which wrote on Facebook, "A Star Is Born is the movie we've had the most feedback about…While the suicide mostly happens off-screen, we have heard some viewers were extremely distressed after watching this movie and have needed to access professional support."

And chief censor David Shanks told Stuff.co.nz that police had to respond to "two vulnerable young people who had been severely triggered by the scene."

A recent report revealed that the suicide rate in New Zealand is "the highest since records began." 668 people took their own lives in the past year.