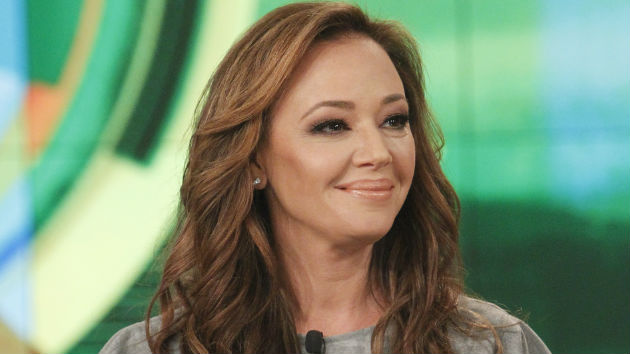 ABC/Lou Rocco(LOS ANGELES) — In her 2015 memoir, Troublemaker, Leah Remini claimed Will and Jada Pinkett Smith were hard-core Scientologists, which both actors have denied. Now, in an emotional interview with Jada Pinkett Smith, Remini is apologizing for the false accusation.

"I didn’t even consider Jada and Will, while I was going in hard on my rightness," a tearful Remini said to Smith on her Facebook Watch show, Red Table Talk. "Andd then I looked at it and I said, 'What responsibility do I have here for upsetting somebody that I really care about?' And I’m sorry that I didn’t consider you. Because I didn’t. I was just so caught up in that pain, and also the pain of others and the effects that it had."
Remini, who was a devout member of the church, eventually split from the organization in 2013. Since then, she has been extremely critical of the religion and went on to create the critically acclaimed docuseries, Leah Remini: Scientology and the Aftermath.
"It upset me, because I didn't understand why we had to be in your book, because you know, we really didn't have anything to do with this," Smith told Remini during their interview.
Smith also took time to clear up her relationship with the controversial religious group.

"I always took the position that I'm here at the Scientology Center to learn what I want to learn, and I have no interest in being a Scientologist," she said.

At the end of the interview the two hugged it out agreeing that “it’s never too late to heal.”