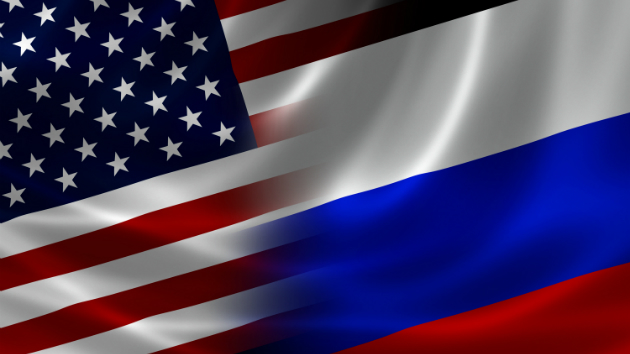 iStock/Thinkstock(MOSCOW) — The Kremlin said Wednesday it expects relations with the United States to remain troubled for the foreseeable future following the outcome of the U.S. midterm elections.
“We can suggest with a high degree of confidence, that of course there is no rosy outlook for normalizing Russian-American relations on the horizon,” President Vladimir Putin’s spokesman, Dmitry Peskov, told reporters on his daily briefing call.
But Peskov said he saw little reason to believe relations would dramatically worsen given how poor they already are between the two nations.
“It can hardly happen that they will get more complicated. Everything is going quite complicatedly,” Peskov said. “That does not mean that we will not seek dialogue, we want dialogue."
Overall, the reaction of Russian officials to the midterms results was ambivalent. Some are waiting to see how President Donald Trump will now confront a hostile Democratic Congress that has pledged to block his most radical actions and launch fresh probes into possible collusion with Russia by members of his campaign.
“Trump will have to act a lot more carefully,” Konstantin Kosachev, who heads Russia’s senate foreign affairs committee, said on the state TV channel Russia 24.
Russian officials and state media also raised the question of impeachment though they noted Republican control of the Senate would likely neuter any attempt by Democrats to move against Trump.
Some said they believed the investigation into possible Russian collusion around Trump would receive fresh impetus under a Democratic House. Kosachev said he thought Democrats might seek to trip Trump into committing perjury by making him testify before them under oath, thereby giving them grounds for impeachment.
“In this sense, Trump is facing unpleasant trials,” said Kosachev. “At a minimum emotionally, at the most politically.”
Russian officials have largely retained some hope that Trump may yet follow through on promises to seek better relations with Moscow. They are bracing themselves for a new round of U.S. sanctions that the State Department has said will have to be imposed over Russia's use of a nerve agent in Britain last March.
U.S. security officials and social media companies had warned that Russian operatives were again seeking to influence the midterm election as they had in 2016.

In October, the Department of Justice indicted a Russian woman it accused of overseeing a campaign targeting the midterms that was being conducted by the same so-called “troll factory” based in St. Petersburg that spread hundreds of thousands of divisive posts on American social media during 2016.
The day before the vote, Facebook released a statement saying it had blocked 30 Facebook and 85 Instagram accounts after U.S. law enforcement alerted the company that the accounts seemed to be fake and operating on behalf of foreign entities.

Facebook said it was still investigating who the accounts belonged to, noting some had been posting in Russian and French. It said it would inform the public once it had more information, including whether the accounts were connected to the so-called Internet Research Agency, another name for the company behind the St. Petersburg "troll factory" that has been linked to a businessman close to Putin.
On Wednesday, Peskov repeated Russia’s denial that it has ever sought to meddle in American elections.
“On the whole, despite those phobias which exist in the United States, Russia has not interfered, is not interfering and does not intend to interfere in the electoral processes of a single country in the world, including the U.S.,” Peskov said.
Copyright © 2018, ABC Radio. All rights reserved.