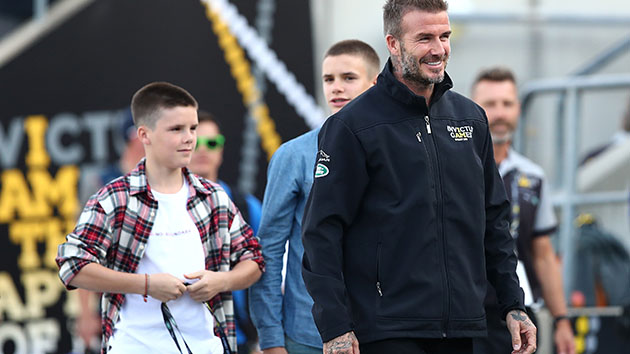 Cameron Spencer/Getty Images for the Invictus Games Foundation(MIAMI) — A stadium deal for David Beckham's soccer team is close to a reality.
On Tuesday, Miami voted to give city officials permission to negotiate a no-bid lease deal with Beckham's group. Beckham's group wants to build a Major League Soccer complex on a public gold course.
The group is also planning to have technology offices, a hotel and retail space on the land, in return for guaranteeing the city about $ 3.6 million in rent annually.
David Beckham and his parnters will negotiate the terms with city officials for the 25,000 seat stadium and transforming the current Melreese Country Club into a 58- acre park.
The group also commited to spend $35 million to clean up toxic waste at the site and to pay employees a living wage.
Beckham is a global icon when it comes to soccer, entertainment and fashion. He started his career with Manchester United and also played for Real Madrid, the LA Galaxy, AC Milan and Paris Saint-Germain. He has won four championships in four different leagues around the globe.
Copyright © 2018, ABC Radio. All rights reserved.