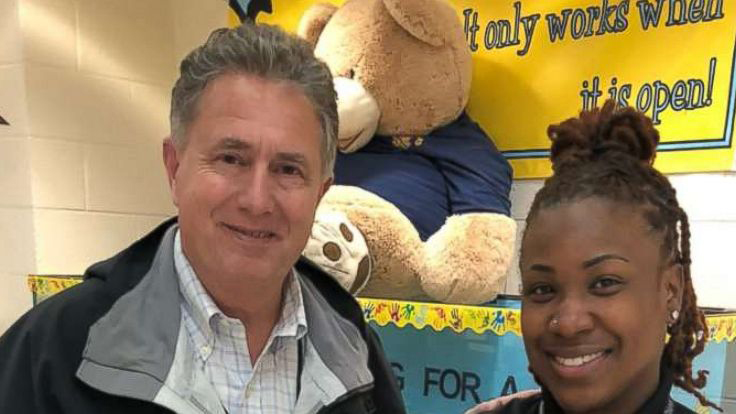 The Office Of Unified Communications
Posted on November 7, 2018 by ABC News

The Office Of Unified Communications (WASHINGTON) — A poll worker and bystanders helped save a man's life on Tuesday as he waited to vote in the midterm elections in northwest Washington D.C.
The 75-year-old man, a custodian at his designated poll site, Barnard Elementary School, was about to enter a voting booth when he experienced cardiac arrest and collapsed, according to Doug Buchanan, chief communications officer of the DC Fire and EMS Department.
“Four bystanders jumped in and said he was having difficulty breathing. Then he lost his pulse,” Buchanan told ABC News.
Bystanders immediately called 911 then jumped in to provide assistance. The 911 operator, Jenee Wood, told them where to find an automated external defibrillator nearby.
“One of the bystanders went to go retrieve the AED while they had the 911 operator on speakerphone,” Buchanan said.
Wood, an employee of the Office of Unified Communications, told the bystanders how to perform CPR on the man and gave directions on using the AED as they waited for an ambulance to arrive, Buchanan said.
As they continued to perform CPR on the man, Wood advised them to give two shocks from the AED. With the second shock, "the patient's pulse was returned, at which point
“They continued to perform CPR, then they advised two shocks and [with] the second shock, the patient's pulse was returned, at which point he began gasping,” Buchanan told ABC News.
Now conscious, the man was sent to the hospital to receive further medical attention.
He was "even talking in the back of the ambulance on the way to the hospital,” Buchanan said.
In a tweet later on in the day, DC Fire and EMS pointed out the man's greatest privilege on Election Day, saying, "He didn't get to vote, but he got to live."

Voting begins for Pennsylvania’s 2022 River Of The Year
Man stabbed to death near Penn Station; 2 sought in connection with attack
How an NBA player’s genetic heart disease led to advocacy for hypertrophic cardiomyopathy
Ahmaud Arbery trial: Defense attorney claims ‘public lynching’ of man accused in the killing
Humble “Sexiest Man” Paul Rudd thinks Keanu should have gotten the tap: “I would have voted for him”
‘QAnon Shaman’ sentenced to 41 months in prison for role in Jan. 6 attack