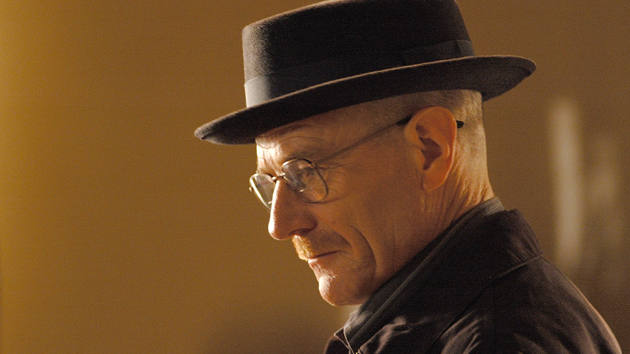 Bryan Cranston as Walter White; Ursula Coyote/AMC (LOS ANGELES) — Could we be seeing more of Walter White and Jesse Pinkman?

In what’s unquestionably welcome news for fans,Breaking Bad creator Vince Gilligan is working on a two-hour movie based on the award-winning AMC series, sources tell The Hollywood Reporter.

It's not yet clear whether the film, about which very few details are known, will be released theatrically or made for TV. Also unknown is if any of its original stars, including Bryan Cranston or Aaron Paul — who played White and Pinkman, respectively — are involved in the new project, which Gilligan will write and possibly direct. However, production is expected to begin this month in New Mexico.

Breaking Bad starred Cranston as former high school chemistry teacher Walter White, who, with the help of former student Pinkman, turns to cooking methamphetamine as a way to fund his treatment when he’s diagnosed with cancer. He quickly learns he not only has a talent for making the illegal drug, but also for the criminal world into which he descends.

Widely considered to be one of the greatest television shows ever made — it won 16 Emmys, two Peabodys and two Golden Globes — Breaking Bad ran for five seasons on AMC, ending in 2013. The spin-off series Better Call Saul, starring Bob Odenkirk as shady attorney Saul Goodman, debuted in 2015 and was recently renewed for a fifth season.