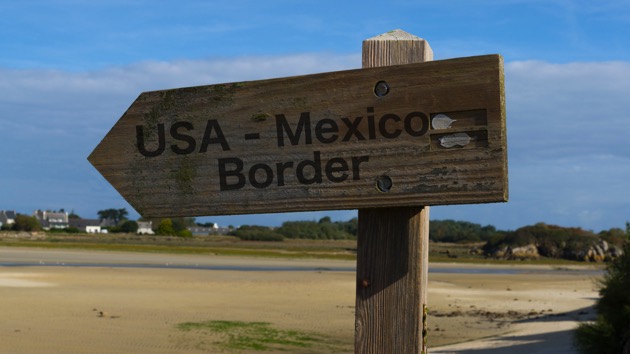 iStock/Thinkstock(EL PASO, Texas) — Border patrol officials on Tuesday abruptly canceled a "crowd control exercise" it had planned for Election Day near a Hispanic neighborhood along the Texas-Mexico border a half a mile from a polling place.
The event, which had been scheduled for noon Eastern time, drew sharp criticism from the American Civil Liberties Union and others that said the timing seemed to be aimed at trying to intimidate Hispanic voters. The Trump administration and border officials sharply rejected that allegation, saying the exercise was preparation for the potential influx of migrants who have been traveling north through Mexico.
In a statement released to reporters, U.S. Customs and Border Protection said it had canceled the event "out of an abundance of caution and due to inaccurate reporting that caused unneeded confusion in border communities." CBP said it would continue training exercises in coming days "as necessary to ensure border security and the safety of the American people."
"The timing of this is suspicious," the ACLU in Texas tweeted. "The Trump administration, and by extension the (Texas Gov. Greg) Abbott administration, have done quite enough to intimidate voters without staging military rehearsals on Election Day."
Tyler Q. Houlton, press secretary for the Homeland Security Department, issued a statement prior to the event's cancellation insisting that the exercise was appropriate and not tied to Election Day.
"The suggestion that ongoing exercises at ports of entry in anticipation of a potential mass arrival of migrants are tied to voting by any group is flat-out wrong," he said in a statement. "DHS has worked tirelessly to ensure the security of our election systems and will always secure our borders regardless of what day it might be.”
Border patrol officials in Texas had invited media to witness the training exercise, which was scheduled to take place at a railroad crossing west of the Paso Del Norte Port of Entry. The site of the training exercise would have been a half a mile away from the Armijo Recreation Center, a polling station in El Paso.
The exercise was planned as President Donald Trump also deployed thousands of active-duty service members to the border in response to a caravan of migrants from Central America moving through Mexico. Caravan participants interviewed by ABC News have said they are fleeing poverty and crime and are seeking asylum in the United States; Trump has described the slow-moving group as "invaders" and a national security threat, urging them to return home or settle in Mexico.
Rep. Beto O’Rourke, the Democrat looking to unseat Texas Republican Sen. Ted Cruz, said he didn't understand why anyone would be angry with asylum seekers "doing what any human being would do."
"No walls, no CBP exercises (are) going to keep us from honoring our laws, our commitments" to process asylum applications, O'Rourke told reporters late Monday. "Why this is happening now, why the president is stirring these issues up at this moment with 24 hours before we decide this election – I'll leave that to you to conclude."
When asked about training exercises on Election Day, a CBP spokesman in Texas had said border patrol officials were monitoring the caravan and making the "necessary preparations."
"These include participating in operational readiness exercises and the mobilization of resources to ensure the facilitation of lawful trade and travel," he said.
Immigration activists and the ACLU say the migrant caravan represents a humanitarian crisis, not a national security threat.
"Instead of practicing to handle nonexistent crowds, the Border Patrol could practice something useful and timely: how to properly interview and process refugee asylum seekers,” the ACLU's executive director in Texas, Terri Burke, told The Washington Post.
Copyright © 2018, ABC Radio. All rights reserved.