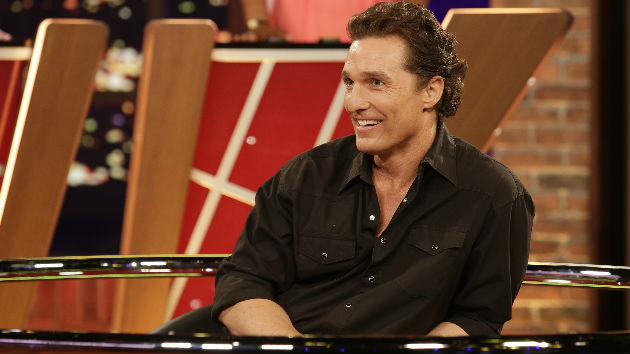 ABC/Nicole Wilder(LOS ANGELES) — For Matthew McConaughey, Titanic was the role that got away.

The actor tells The Hollywood Reporter’s Awards Chatter podcast that he auditioned for the role of Jack in the 1997 blockbuster, which Leonardo DiCaprio went on to play.

“I went and auditioned,” he says. “I wanted that. I auditioned with Kate Winslet. Had a good audition. Walked away from there pretty confident that I had it. I didn’t get it. I never got offered that.”

McConaughey adds that he hopes his agent at the time didn't withhold the offer from him.

“And as I’ve said before, not even half-jokingly to be true, if that was an offer and it didn’t come to me, I’ve got to go back and go, ‘I need to meet in an alley with that agent,’” he says.

Last year on The Late Show with Stephen Colbert, Winslet also spoke about auditioning with McConaughey.