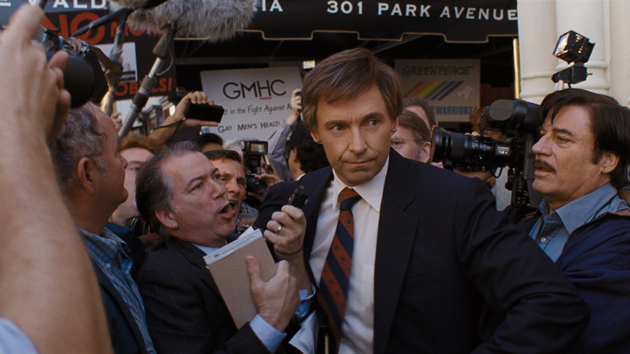 The Front Runner stars Hugh Jackman as 1987 presidential candidate Gary Hart, whose political dreams were derailed after allegations surfaced about an extramarital affair.

Jackman tells ABC Radio that Hart’s scandal marked a turning point in the relationship between the media and politicians.

He adds, “Even when this was going down, the majority of the American population believed the media had gone too far, but there was this feeling that it’s just not gonna stop. And the politics of personality, and our politicians having to be entertainers, really started to begin here.”

The Aussie actor also says he was sensitive to the fact that the film is “depicting the worst three weeks of someone’s life and somehow putting it up on screen for people to kind of judge.” He says he took that responsibility very seriously.

J.K. Simmons, who plays Hart’s campaign manager, Bill Dixon, says that even though he lived through this moment in history — he was 32 aT the time — the story was “eye-opening” for him.

Plus, he adds, “[It was] just fun for me to just recreate a period that I was one of the few people on set that actually remembered, 1987. That was fun to be like sort of the period expert.”

The Front Runner is out in limited release today and opens wide November 21.