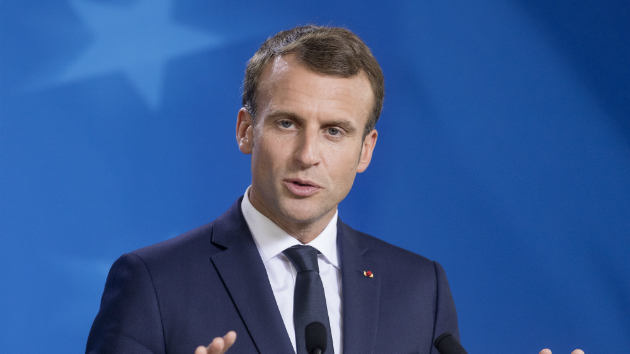 Thierry Monasse/Getty Images(PARIS) — Six people were arrested Tuesday morning in France for allegedly planning a "violent action" against French President Emmanuel Macron, a source close to the investigation told ABC News.
The suspected plan was "imprecise and loosely formed," according to the source.
The arrested include five men and one woman, the source said. The suspects range in age from 22 years old to 62.
The Paris prosecutor’s office has opened a preliminary investigation for “criminal terrorist association.”
Elysee Palace, the official residence of the French president, told ABC News it would not comment on an ongoing investigation.
President Donald Trump will travel to Paris to participate at an international ceremony to commemorate the end of World War 1 on Nov. 11.