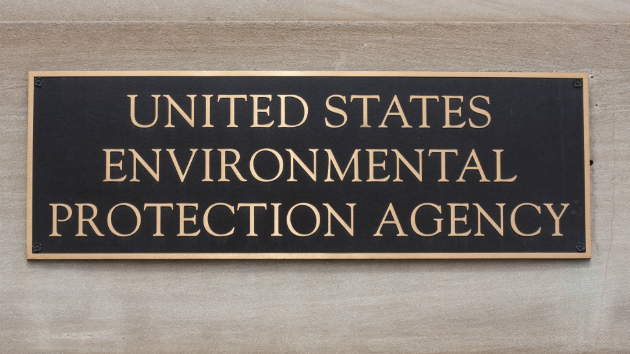 iStock/Thinkstock(WASHINGTON) — The Environmental Protection Agency is investigating racist messages scrawled on a whiteboard at its headquarters, the agency's chief of staff told employees in an all-hands email Monday, adding that such language will not be tolerated.

The messages included offensive language to describe African-Americans, including the “n-word,” a calendar reference to “Negro Man Week” and one note that read “To A black man, Everyone the Enemy,” according to photos reviewed by ABC News.

Photos of the notes were provided Monday by the EPA’s largest employee union, which said it is concerned that management failed to respond to a previous incident at the agency.

"We have diversity training but nothing that addresses, for lack of better words, when hateful language is being used it creates a threatening atmosphere, a hostile environment, where employees are concerned about their safety," Nate James, president of the union known as AFGE 3331, told ABC News.

James said the racist messages were written on a shared calendar in the Office of Public Affairs.

EPA leadership and the union both became aware of the incidents last week, which were then reported to the inspector general's office and EPA security. But EPA confirmed another message was found on the whiteboard again last Friday.

EPA Chief of Staff Ryan Jackson sent an email to EPA staff asking for staff to share information about any other incidents.

"EPA has no tolerance for racism and will investigate and hold the individuals who are spreading these messages responsible. Concerning the most recent instance, EPA is taking every measure to both find who did this and protect our employees," Jackson said in the email, which was first reported by Government Executive.
Employee complaints about the messages were first reported by Politico.

EPA Press Secretary James Hewitt also said in a statement Friday: “The Office of Inspector General is now helping us to try and get to the bottom of who is responsible. The Agency is taking every possible measure to both find who did this and protect our employees.”
The union’s Nate James said officials don't know if the messages were left by an EPA employee or a contractor, but there was no indication it came from someone in that office. He also said this is not the first time African-American employees have encountered hateful messages at EPA.

He said, in another incident over the summer, a derogatory note was left on the desk of an African-American man who applied for a promotion. The note read: “BACK TO THE JUNGLE U GO,” according to a photo seen by ABC News.

According to the union, EPA management showed “callous disregard and inattentiveness” and left the employee feeling “demoralized.” When asked about a lack of response to prior incidents, a spokesman for EPA said previous incidents were reported to career staff but the agency's political leadership only became aware of these incidents last week and moved quickly to address them.
James said there have been emotional conversations about the impact of the messages among staff since they were reported last week and that he's pleased EPA leadership responded so quickly. Both unions that represent agency employees wrote to EPA Administrator Andrew Wheeler asking for management to address the issue and provide more training for managers to address racist or hateful incidents.
Politico first reported that EPA staff filed a complaint after at least four racist messages appeared on a shared wall calendar in the agency's public affairs office since August. The EPA inspector general's office confirms the matter was referred to them late last week and they are considering how to move forward.
Copyright © 2018, ABC Radio. All rights reserved.