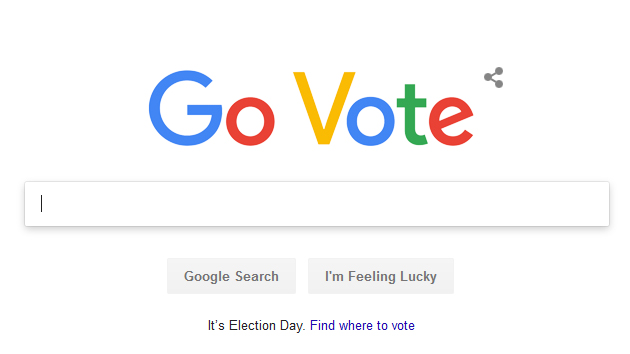 Google(NEW YORK) — The top Google trend search on the morning of the 2018 midterm elections was "Donde votar," Spanish for "Where to vote," providing further evidence that the Latino vote is becoming more of a deciding force in electing political leaders.
Recent surveys conducted by the Pew Research Center show that registered Hispanic voters have been "more engaged in this midterm election" than before.
A Reuters/Ipsos poll released Sunday also found that Hispanic voters' increased enthusiasm in the 2018 congressional midterms outpaces that of all U.S. adults.
More than 52 percent of registered Hispanic voters said they had given the election "quite a lot" of thought, up 16 percentage points from 2014, according to Pew. In addition, 55 percent of Hispanic voters said they were more enthusiastic about voting, compared with 37 percent in 2014, the survey found.
On the morning of Election Day, the Google Trends Twitter account announced that "Donde votar" was the top trending search in Google in the U.S. Google provided a plug-in for users to type in their address to search for the nearest polling locations after searching "Donde votar" or "Where to vote."
Much of the spike occurred on Monday afternoon, a graph on Google Trends shows, but the search remained No. 1 through election morning.
The factoid could signify an increase in the demographic's voter turnout, which has lagged far behind others in past elections at a rate of 27 percent, according to Pew. In addition, more than 29 million Hispanics are eligible to vote, up 4 million from 2014.
The Reuters/Ipsos poll found that 36 percent of Latino voters said they would be "certain" to vote, a 9 percent increase from 2014.
In California, there were initial signs that Latinos were requesting ballots at a higher clip, and early voting in southern New Mexico indicated strong Hispanic turnout, according to AP.
On Monday, prominent Latina celebrities such as Zoe Saldana, Eva Longoria, America Ferrera, Rosario Dawson and Eva Longoria took to the streets of Miami to rally people to head to the polls.