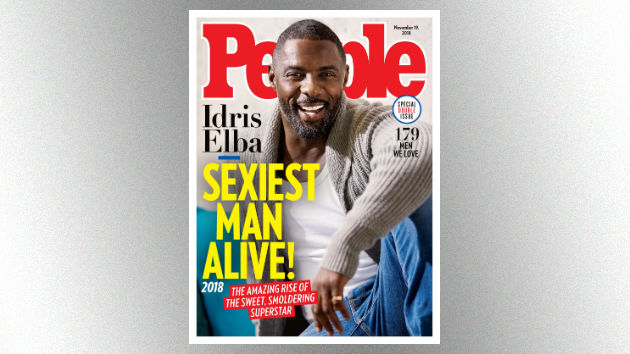 Bradley Cooper, who held the title in 2011, made the list as Sexiest Triple Threat, thanks to directing, starring and singing in A Star Is Born. Black Panther’s Chadwick Boseman was named Sexiest Superhero and Chris Pine was dubbed Sexiest Dreamboat.

There were also some newcomers on the list, including Crazy Rich Asians star Henry Golding as Sexiest Prince Charming and To All the Boys I’ve Loved Before breakout star Noah Centineo as Sexiest Rising Star.

And among the reader polls, Michael B. Jordan was voted Sexiest Michael, Chris Hemsworth was Sexiest Chris, Ryan Reynolds was Sexiest Ryan, and Outlander’s Sam Heughan was Sexiest Sam.