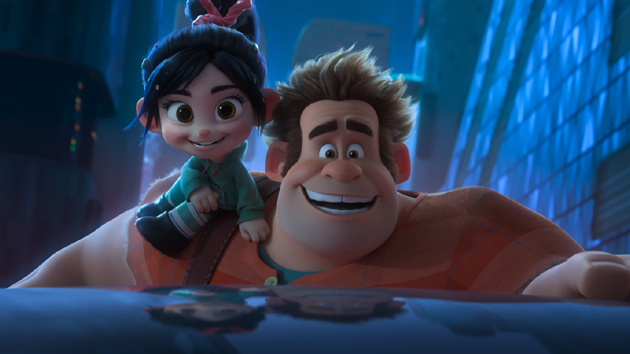 Disney(LOS ANGELES) — Wreck-It Ralph 2: Ralph Breaks the Internet had its world premiere Monday night in Hollywood. The Disney/Pixar sequel's event drew both the movie's stars — and Disney fans both famous and not — to the famed El Capitan Theater.

As its name suggests, the follow-up has John C. Reilly's video game character take a trip into the Internet, along with his plucky pal Vanellope, again voiced by Sarah Silverman. The pair were joined by several of their voiceover co-stars Monday night, including Taraji P. Henson, who plays a super-intelligent algorithm named Yesss.

On the blue and green carpet, the Empire star and Oscar nominee could barely contain her excitement. "I grew up to Disney [movies]. I raised my son on Disney films. And the fact that I'm actually now a character — I just I don't know what to say," she laughed.

One of the big scenes in the film involves Vanellope meeting every Disney princess ever, and on the carpet, Auli'I Cravahlo [ah-LEE-ee crah-VAH-lo], the voice of Disney Princess Moana, told ABC Radio it was an honor to hang with her royal pals.

"It's wonderful to come back and to see all the Disney princesses here. I certainly learned from them. I remember speaking to them at [the Disney fan expo] D23, and they were saying, 'You know, we knew what we were making was going to impact the next generation.' And I got to say, 'That's me! I'm the next generation! And thank you for your wonderful work!'"