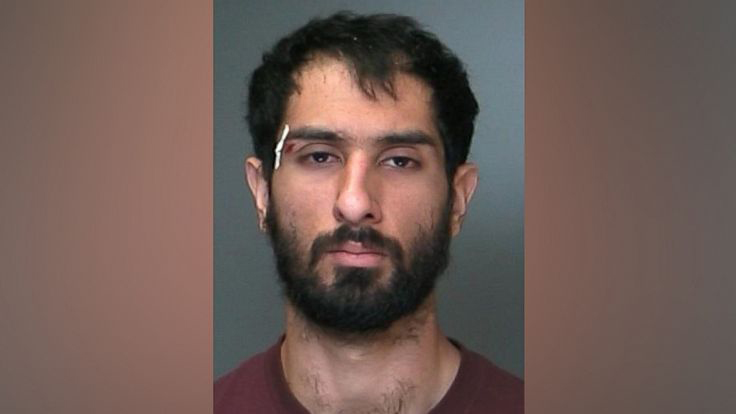 Suffolk County District Attorney's Office(NEW YORK) — An Uber driver is facing a manslaughter charge after he allegedly allowed his passengers to surf on the top of his car, causing the death of one passenger after his head struck the roadway.
Danyal Cheema, 24, of Huntington Station, New York, was arrested and charged with manslaughter in the second degree by Suffolk County District Attorney Timothy D. Sini on Monday.
Cheema, an Uber driver, is accused of causing the death of Ryan Mullen, 15, when he drove Mullen and two other teenage boys in his 2010 Toyota Highlander on Sep. 23 between 12:03 a.m. and 12:35 a.m., according to the district attorney's office.
"The passengers asked Cheema for permission to 'car surf,' or ride on the roof of the vehicle as it was moving, and offered him $70 cash," the DA's statement read. "The passengers ultimately paid Cheema $40 and he allegedly allowed them to climb onto the roof of the vehicle while at an intersection."
Two the passengers were on the roof of the vehicle while Cheema continued driving, according to the statement.
"Mullen then fell off the vehicle and struck his head on the roadway," the statement read.
The third passenger recorded video of the incident on his on Snapchat, prosecutors said.
"Mullen, who had suffered severe head trauma, succumbed to his injuries in his sleep later that day," the statement said.
Sini said that while the boys were drinking that night, it does not excuse the "reckless decision" allegedly made by Cheema, who was "contracted to safely bring those boys home and he failed to do that."
"In this day and age, we often encourage people to use ride sharing services because it’s a safe alternative to drinking and driving,” Sini said. "These boys were doing that; they were drinking that night and they made the right decision to contract with a car service."
"Unfortunately the defendant made a reckless decision and engaged in reckless conduct that caused the death of a young boy, and he will be held accountable for that,” Sini stated.
An Uber spokesperson told ABC News that the company is "deeply troubled" by the incident, and it is cooperating with law enforcement on the investigation.
"Words cannot describe how deeply troubled we are by this incident," the Uber spokesperson told ABC News in a statement. "Our thoughts are with the rider’s family during this difficult time. This driver has been permanently removed from the app."
Cheema pleaded not guilty at his arraignment in First District Court in Central Islip Monday. He is being held at the Suffolk County Jail with bail set at $200,000 cash or $400,000 bond.
If found guilty, Cheema faces a sentence of five to 15 years in jail, prosecutors said. He is due back in court on Nov. 9.
Cheema’s lawyer, Christopher Renfroe, did not immediately respond to ABC News' request for comment.
But in court Monday, Renfroe said his client has expressed remorse for Mullen's death and does not have a prior criminal record, according to Newsday.