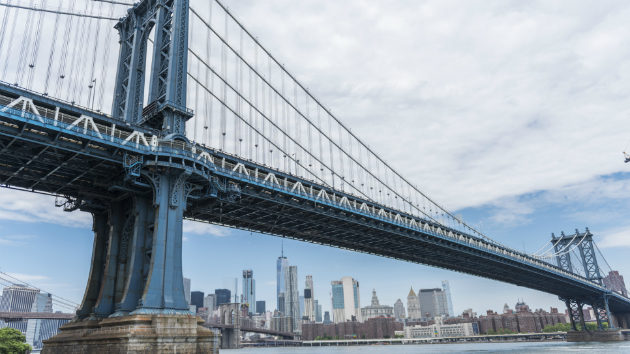 iStock/Thinkstock(NEW YORK) — Three women were arrested Monday after allegedly carrying a large banner, wrapped in rope, on to the Manhattan Bridge bike path in New York, authorities said.
NYPD officers stopped them before the banner was unfurled.
The women – ages 26, 33 and 37 – were taken into custody, police said.
Only one word on the banner was exposed: "VOTE."
The women appear to be part of a group called the Flo Kennedy Society, named after the prolific feminist and civil rights activist Florynce Kennedy, who died in 2000.
In a statement, the group implored citizens to get out and vote on Election Day.
"During the past two years, our communities have been attacked from every angle," the statement read. "From the mainstreaming of hate to the lies and destructive policies of a disturbed, amoral administration, our nation has been victimized by the steady degradation of all we hold dear as a country. We know you are exhausted. We know you feel defeated. But we implore you: give your last ounce of energy in service to your nation and show up at the polls this Tuesday."
Copyright © 2018, ABC Radio. All rights reserved.