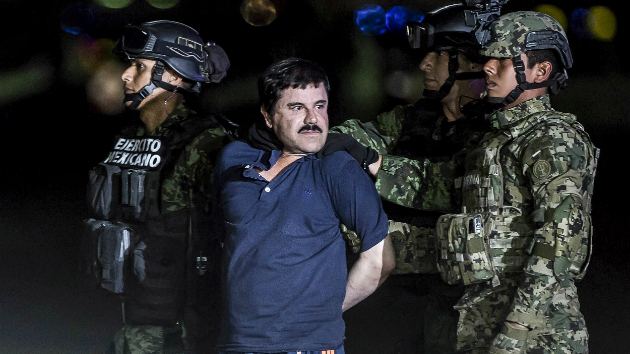 Daniel Cardenas/Anadolu Agency/Getty Images(NEW YORK) — Jury selection begins Monday in the trial of Joaquin "El Chapo" Guzman, the world's most notorious drug lord.
The charges against Guzman span three decades and involve drug trafficking, firearms and money laundering, not to mention most of the cocaine and heroin used in the United States that was allegedly moved by his Sinaloa cartel through an elaborate series of tunnels.
Once the anonymous jury is seated, federal prosecutors in Brooklyn, New York — where the courthouse has been turned into a fortress — will outline brutality, bribery and billions in profits.
Guzman has pleaded not guilty. His defense team has complained about the sheer volume of evidence against him.
Copyright © 2018, ABC Radio. All rights reserved.

“She didn’t need any more training. She got me.” — Father of Rust armorer speaks out after fatal set shooting
Halle Berry says she burned her Razzie Award: “I set that thing on fire”
Family pleads with US attorney general for better treatment of Ghislaine Maxwell during trial
Jury seated for trial of officer who killed 20-year-old Daunte Wright during traffic stop
Treat yo self! Aziz Ansari reveals engagement during comedy set
Daunte Wright’s family honors his memory as Kim Potter trial begins