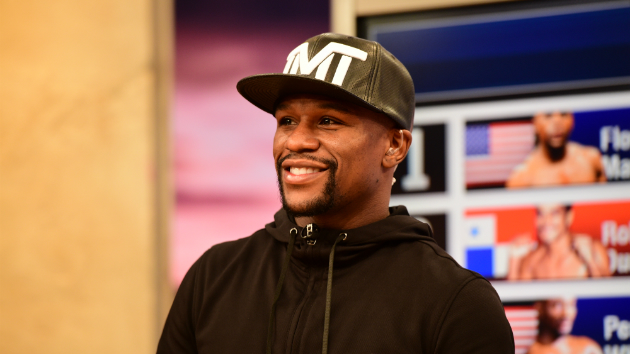 Kohjiro Kinno / ESPN Images(TOKYO) — Floyd Mayweather Jr. is stepping out of retirement again to ring in the New Year in the ring.
At a news conference in Tokyo Monday, the fight pitting Mayweather, 41, against 20-year-old Japanese kickboxer Tenshin Nasukawa was announced. The match will be held on Dec. 31 at the Saitama Super Arena in Saitama, Japan.
Further details about the fight, like the rules, weight limit and number of rounds, were not disclosed.  "As far as the weight class and the rules, we'll talk about that," Mayweather said at the press conference. "We'll get that situated within the next couple of weeks. “
“This particular bout is a special bout as far as we're giving the people something they've never seen before,” he added. “The world has never seen Mayweather compete live in Tokyo.”  "It's all about me going out there and displaying my skills against another skillful fighter. So we both want to go out there and display our skills and give people excitement. I just want to entertain,” Mayweather said.
“I will speak with my team and I will let my team get with Rizin and I'm pretty sure they'll come up with a great idea, but it's all about entertainment and that's what we want to do for the people,” he continued.
Mayweather stepped out of a two-year retirement last August to face the UFC’s Conor McGregor, who he knocked out in the 10th round of the boxing match.