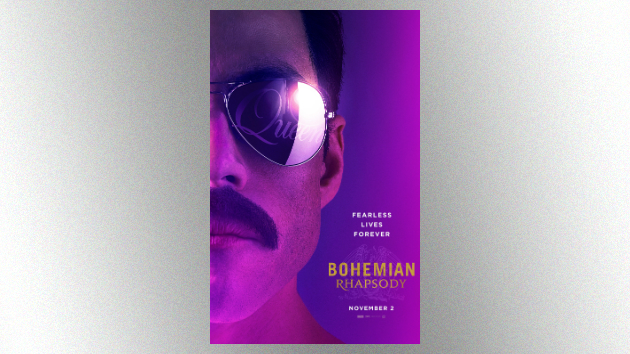 20th Century Fox (LOS ANGELES) — Bohemian Rhapsody was the champion of the box office, beating expectations with an estimated $50 million debut. The biopic, which stars Rami Malek as Queen's flamboyant frontman, the late Freddie Mercury, delivered an estimated $72 million overseas, for a worldwide total of more than $141 million.

The weekend's two other new major releases had good weeks as well, grabbing the second and third positions. It's the first time since February that the top three spots at the box office were all new releases.

Disney's The Nutcracker and the Four Realms finished in second place, despite finishing short of expectations with an estimated $20 million. The film — which boasts a cast that includes Helen Mirren, Keira Knightley and Morgan Freeman — did much better overseas, where it brought in an estimated $38.5 million, for a global total of $58.5 million.

In fourth place was A Star Is Born, which showed tremendous staying power with an estimated $11.1 million haul in its fifth week of release. The same holds true for the film's overseas numbers. It added an estimated $13.9 million, bringing its worldwide totals to just under $295 million.

Rounding out the top five was Halloween. The sequel to the 1978 horror classic delivered an estimated $11 million in its third week of release.

Boy Erased starring Lucas Hedges, Nicole Kidman and Joel Edgerton — who also directed and adapted the film for the screen, earned an estimated $220,000 from just five theaters in its opening weekend. A Private War, starring Rosamund Pike, debuted with an estimated $72,000 from four theaters.