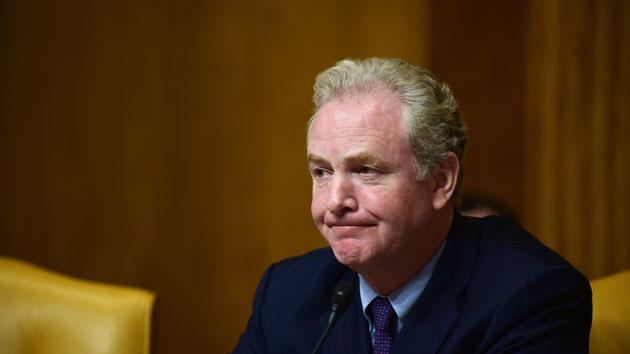 Astrid Riecken/Getty Images(NEW YORK) — The Democrat leading his party's campaign efforts for the Senate said the fact that there are some "very close races" in states where President Donald Trump "won big" is a sea change.
“Let me just say that the fact that we still have a narrow path to a majority [in the Senate] is a sea change from where we were 18 months ago,” Sen. Chris Van Hollen of Maryland, head of the Democratic Senatorial Campaign Committee, told ABC News Chief Anchor George Stephanopoulos on This Week Sunday.
“These are some very close races and of course, they're in states Donald Trump won big, and it's a testament to these [Democratic] candidates that they're so focused on what matters to people in their state,” Van Hollen said.
Copyright © 2018, ABC Radio. All rights reserved.