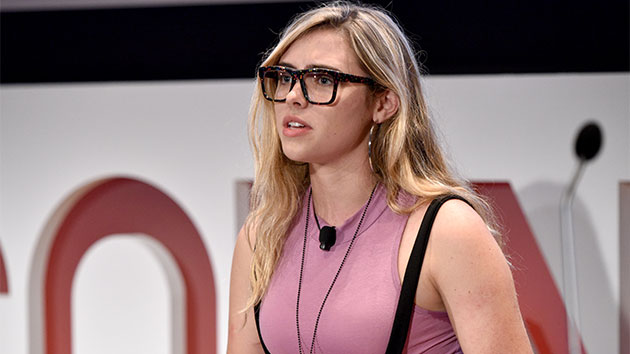 Bryan Bedder/Getty Images for Town & Country(WASHINGTON) — Early voting numbers indicate a lot of new voters have taken to the polls already, but there’s one cohort of Americans who hold particular power — and perspective — this year: 18-year-olds who are of voting age for the first time in 2018.

Across the country and across the issues, it’s been a historic year for youth activism — much of it geared toward getting constituents to the polls on Nov. 6.

ABC News has been following 18-year-old activists as part of a multi-month long series on teen voters and the events and influences that help shape their political identities.

For Eliot Flores, the importance of getting out to vote is magnified by his own inability to do so.

Though he just turned 18, Flores can’t vote in his home state of Texas because of his status as a DACA recipient. The heightened rhetoric around immigration — a top issue for voters across the country — has pushed him to volunteer on campaigns and educate those who can vote.

Across America, the 18-year-olds have also upped the conversation on other top-ticket issues.

The most visible movement was born out of Parkland, Florida, where students launched a nationwide campaign against gun violence after enduring one of the deadliest mass shootings in U.S. history. As 18-year-old survivor Delaney Tarr put it, "I’m voting for my own life and I’m voting for the lives of so many others."

Arieyanna Williams, 18, is from Chicago. Along with the students from Parkland, Williams has broadened the conversation on school shootings to include daily gun violence in cities like her own. She’ll vote for the first time this week in Michigan.

Zanagee Artis, an 18-year-old from Connecticut, believes education is one of the most powerful tools. Artis, who will vote for the first time in November, is focused on an issue that he says young people have particular ownership over because of how its impacts could drastically increase over their lives: climate change.

Here’s how the politics of 2018 have unfolded, from their perspective.

Because he can't vote, he relies on others

In Texas, where Flores lives, it feels like politics are taking over everything, he said. But in the midst of trying to get his chosen candidate Democrat Beto O’Rourke elected, Flores is also on his own campaign of sorts — one to get into college.

“I feel like they're both races for something important,” Flores said.

For Flores, his personal campaign to attend college and his campaign efforts on behalf of O’Rourke merge distinctly around the same thing: His status, and the statuses of thousands more, as recipients of DACA, or Deferred Action for Childhood Arrivals, which President Donald Trump has already attempted to end.

"In my own life, I have to be constantly in competition with other students when it comes to scholarships, which are barely available to us as undocumented immigrants, or for acceptance into college. And when it comes to the Beto [O'Rourke] race, it's a race of who can get more votes," Flores said. Undocumented and DACA students are not eligible for federal financial aid, but in some states, like Texas, they're eligible for state aid.

“I feel like local political campaigns affect us more than presidential ones and since I'm here in Texas, and want to continue studying here in Texas, block walking for Beto is more personal because he supports immigration,” Flores said.

His ties to the race are a constant reminder that he isn't able to show up to the polls and vote on Tuesday.

"By not being able to vote, we’re really missing out," said Flores, who has lived in Texas for 15 years.

"We all have the incentive or the will to make a change or fight for our own future, but we’re just not given the materials to do so sometimes," Flores said.

Stemming from Parkland, young people take on gun violence with political might

Inside the Florida state Capitol, before a crowd of her classmates and reporters, she first said, "We know what we want, we want gun reform." Then Tarr, a senior at the time when a gunman opened fire inside Marjory Stoneman Douglas High School in February, added, "This is to every lawmaker out there … we are coming after you."

Tarr recited those words, and variations of them, at the March For Our Lives last spring, only a month after the shooting that took the lives of 17 students and teachers. During the summer as she made stops on the "Road to Change" and then again as the cohort of spirited teens traveled cross-country in the lead up to the midterm elections.

Spurring marching, organizing and voting throughout 2018, Tarr and the Parkland students spent this election year overcoming the political apathy often attached to young people, and showing the potential force of America's youngest voters.

Tarr, now 18, will be voting for the first time this year.

From the onset of their movement, she and the young band of change-makers made the point that in order to make a difference on gun violence, the political makeup of this country must shift. History must be made.

"Soon we will be given the ability to vote, and we will vote them out," Tarr affirmed from the Florida state legislature in the immediate days after the shooting.

Between graduating high school and delaying college for a semester, Tarr and her classmates, like David Hogg, Emma González, Ryan Deitsch, Jaclyn Corin and Alex Wind, traveled to 80 communities in 24 states in 60 days to register young voters as part of their efforts to get out the vote. Younger generations — Generation X, Millenials and post-Millenials — now make up the largest share of the electorate, according to Pew Research

Galvanizing a historically lackluster 18- to 29-year-old voting bloc might lead to unprecedented turnout on Nov. 6, and the Parkland students could have reverberating impacts on the political landscape of Florida, a key swing state, and Congress.

But this year's midterm elections, as Tarr puts it, are "just the beginning."

"For us, Tuesday is both a culmination of all of our work these past few months, and just the beginning of our future to come," she told ABC News. "We work nonstop because we have to, and this is finally our time to create change where it matters: in the polls. We’re following through on our words, our promises, and taking a stand in the best way we know how.

In wake of school massacres, church shootings, and ongoing gun violence in the inner cities of places like Chicago, young voters are channeling their pain at loved ones lost into efforts to get voters to the polls.

For Williams, 18, the painful memory of her murdered father's bloody handprints on the wall of her aunt's home, is a constant source of pain and inspiration to help change gun laws and serve as a positive role model.

Williams feels close to her newly adopted home state and plans to stay in Michigan to vote due to her classes.

"I plan to have Detroit in my mind when I vote," Williams told ABC News. "Detroit is like Chicago and Flint still needs clean water. They need people to take action."

Williams said she wants to vote for a candidate who shares similar views on gun reform and admires O'Rourke.

"Beto is one of those figures I look up to. He's the ideal candidate," Williams said. "Beto has done what other candidates should be doing."

Williams has been an advocate for gun control since high school having lost her father and other loved ones to gun violence. To continue the legacy she left behind as a Peace Warrior in Chicago, Williams joined the "March for Our Lives" chapter on campus to continue her activism for gun control legislation.

She walked alongside hundreds of thousands of people for the March for Our Lives movement where she met dozens of Marjory Stoneman Douglas High School shooting survivors turned activists.

Despite her continuous efforts, Williams questions if all of the work she and others have put in will suffice in the long run.

"I wonder if the work we're actually doing is going to be worth it," Williams said.

Undeterred by her personal doubts, Williams will continue her advocacy and desires to initiate an organization on campus for minorities to vocalize the daily issues they face.

But, the first thing on her agenda is to vote in the upcoming midterms and she knows one thing for certain — who and what she intends to vote for.

"I will vote for hope," Williams said. "Hope will be the person I vote for."

Youth activists have been working to keep climate change on voters' radar this year, arguing that young people should vote for candidates who want to take on environmental issues more aggressively than the current administration.

Artis, one of the founders who is now a freshman at Brown University in Rhode Island, said he voted for the first time in the primary and will be voting again on Tuesday. He said climate change is the number one issue for him and he hopes to convince more of his peers that the environment is connected to other big issues like health care and racial injustice.

"I think that it's super important to try to educate people on the different intersections between the issues and hopefully if people see climate change as the connecting piece they'll definitely weigh it more as a more important issue," he told ABC News.

Another organizer, Sohayla Eldeeb, isn't even old enough to vote in her home state of Florida but said she's been working to raise awareness of climate change issues among voters, especially since the recent UN climate report was released.

Artis said that even the candidates he supports in Rhode Island could improve their climate policies and he hopes to work with them after the election.

For example, he plans to contact Gov. Gina Raimondo's office to get involved in her work on plastics pollution if she's re-elected but also to encourage her to speak out against fossil fuels. He said that after the election "This is Zero Hour" plans to focus on educating the next generation of voters on climate issues.

"We're hoping that the people that we are targeting will come to see climate, climate change, climate policy, new energy policy, as something that they're looking at more closely and talking to their elected officials right now," Artis said. "Without that participation, especially young people, asking questions about these things candidates aren't going to change the way that they campaign."