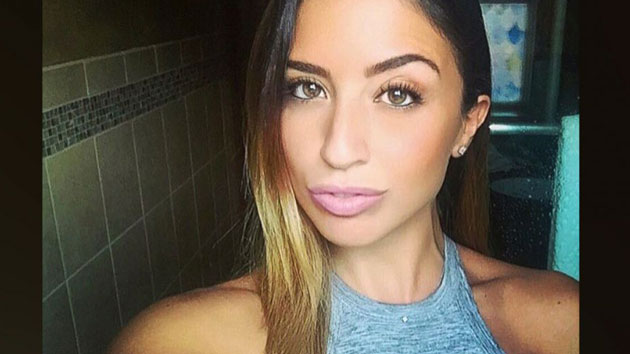 karinavetrano/Instagram(NEW YORK) — Two years after jogger Karina Vetrano was strangled and sexually assaulted along a running path in Queens, New York, the high-profile murder case is headed to trial.
The slaying was a mystery for six months, until Chanel Lewis, then 20, was arrested on what police described as a lieutenant's hunch.
Lewis, facing charges including murder and sexual abuse, has pleaded not guilty.
As opening statements begin Monday, here's a look back at the shocking crime:

A mysterious murder
On Aug. 2, 2016, Vetrano, 30, went out for an uneventful jog in Howard Beach, Queens. Her father, Phil Vetrano, usually went with her, but he had an injury at the time, so that day, she ran alone.
When she didn't come home that night, her worried father called police.
While searching with the authorities that night, Phil Vetrano made a gruesome discovery, finding his own daughter dead.
Vetrano was severely beaten, lying face-down in 8-foot reeds, with her front tooth knocked out, her pants pulled down and her socks wet, said Robert Boyce, who was the NYPD chief of detectives at the time.
Boyce called the brutal killing one of the most notable cases of his career.
"My thoughts were … she was dragged through [a puddle of] water and then dragged off the path into the high reeds," said Boyce, who has since retired and become an ABC News contributor.
Her phone was found thrown in the reeds about 15 to 20 feet from her body, Boyce said.
Police recovered DNA from one unknown person on her cell phone, the back of her neck and her fingernails, he said.
No evidence was recovered from the sexual assault, he said.
Investigators put the DNA into the Combined DNA Index System — or CODIS, which allows federal, state, and local labs to compare DNA profiles electronically — but there was no hit.
The killing made headlines across the country as her grieving family pleaded with the public for help to solve the case.
"She lived more in her short 30 years than most people do in 10 lifetimes," Phil Vetrano told ABC News last year of his daughter.
"She had a bucket list at 26 years old and she actually accomplished and did most of those things on the list," he said, citing trips to Europe, a camel ride by the Great Pyramids and a trip to the Grand Canyon.
"She went everywhere … nothing stopped her," he said. "She was extraordinary."
A young man arrested
Despite the recovered DNA, months ticked by without an arrest.
Then in Feb. 2017, after police had received more than 250 leads and taken 600 DNA samples, a suspect was identified, after what authorities say was a lieutenant following up a lead.
Lewis, then 20, was taken into custody, one week after he was first approached by police about Karina Vetrano's killing.
Lewis lived with his mother in East New York, Brooklyn, which borders Howard Beach, where Karina Vetrano was killed.
NYPD Lt. John Russo first saw Lewis on the Brooklyn-Queens border three months before Vetrano was killed, police sources told ABC News at the time of the arrest.
Russo thought he seemed suspicious and called it in, but Lewis left before a patrol car could respond, police sources said. The next day, a 911 caller mentioned Lewis by name and said he looked as if he was breaking into a Howard Beach property with a crowbar, police sources said.
While working on the Vetrano case, Russo suggested taking a look at Lewis. Police tracked him down and say he gave a voluntary DNA sample, which matched DNA recovered from where Vetrano was found, police said.
Lewis had no prior arrests so his DNA wasn't in CODIS, said Boyce.
Lewis, who didn't appear to know Karina Vetrano, allegedly told detectives he “just lost it” and strangled Vetrano after spotting her on the jogging path, according to a statement that prosecutors read aloud during his arraignment.
Vetrano “didn’t do anything,” Lewis allegedly told police. “I was just mad at the time. I beat her to let my emotions out. I never really meant to hurt her. It just happened.”
According to Lewis' statement to detectives read by prosecutors at his arraignment, Lewis fought with Vetrano for about five minutes. He allegedly said he hit her repeatedly, knocking her out, prosecutors said.
The case heads to trial
Lewis, now 22, is awaiting trial at New York City's Rikers Island jail.
"Mr. Lewis is very optimistic," Rev. Kevin McCall of the National Action Network, a Lewis family spokesman, told ABC News. "He pleaded not guilty because he believes and knows that he did not commit this crime."
The Legal Aid Society, which is representing Lewis, said in a statement, "We have serious doubts about the collection of evidence and tactics employed by the NYPD leading to the arrest of our client. We’re confident that the jury will critically examine the evidence and find that the government will not prove their case."
Chris Banks, Lewis' family spokesman, told ABC News they believe Lewis' confession was coerced.
Lewis' mother, Vita, said her son was religious and non-violent.
"I love my son," she told reporters last year. "My son is friendly, God-fearing and would not hurt anybody."
McCall added that Lewis was quiet and a "bright young man." He vowed to "fight till the end" for him.
Meanwhile, Phil Vetrano, who told ABC News last year that he'd attend court each day, said his family "will never let this go."
"We are there to stand for my daughter, who cannot stand for herself," he said.
When she was alive, Phil Vetrano said his daughter lived her life to the fullest.
"She always enjoyed herself," he said. "It should be an example to others to live your life, live every day as if it's your last day," he said. "Because you don't know what 10 minutes from now is going to bring you. And that's how Karina lived her life."
Copyright © 2018, ABC Radio. All rights reserved.