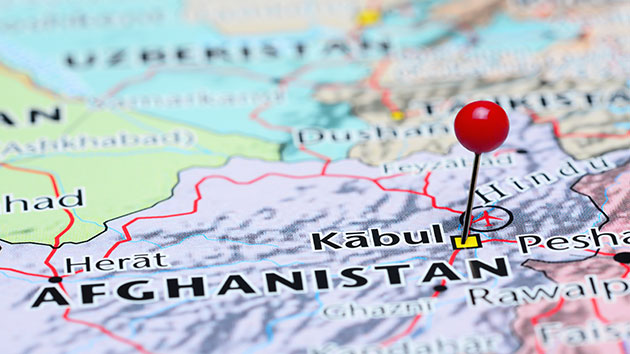 iStock/Thinkstock(KABUL, Afghanistan) — A member of the U.S. armed forces was killed and another was wounded in an apparent insider attack on Saturday in the Afghan capital of Kabul, according to Resolute Support, the NATO training mission in the country.
Initial reports indicate that the shooter was a member of the Afghan National Defense Security Forces — an ally to NATO — and that they were immediately shot dead by other Afghan forces, a statement from Resolute Support said.
The two U.S. service members were medically evacuated to Bagram Airfield. The wounded service member is undergoing medical treatment and in stable condition, the NATO statement said.
The name of the service member who was killed will be released 24 hours after their next of kin is notified, the statement added.
The insider attack is the third in less than a month on NATO by allied Afghan forces. On Oct. 18, an insider attack in Kandahar led to the death of two top Afghan security officials and also wounded Brigadier General Jeffrey Smiley, the top U.S. general in southern Afghanistan. Another attack four days later in western Afghanistan killed a Czech soldier and wounded two other Czech soldiers.
This latest attack is currently under investigation, NATO said, adding that additional information would be released as appropriate.
Copyright © 2018, ABC Radio. All rights reserved.