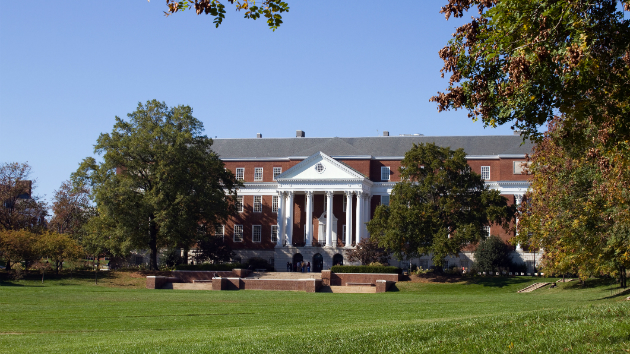 iStock/Thinkstock(BALTIMORE) — The fallout surrounding the University of Maryland’s football program continues.
In a statement Thursday, James T. Brady, the chairman of the University System of Maryland’s Board of Regents, announced he was resigning immediately.
The news comes following the university’s decision to fire its head football coach, DJ Durkin, amid backlash from students and parents over his reinstatement.
The school announced Durkin’s departure late Wednesday, just a day after the board of regents concluded he should be reinstated despite the president's recommendation against it. The board does not have the authority to remove the coach though the president does.
"The chair of the Board of Regents has publicly acknowledged that I had previously raised serious concerns about Coach Durkin’s return," University of Maryland President Wallace Loh said in a statement. "This is not at all a reflection of my opinion of Coach Durkin as a person. However, a departure is in the best interest of the University, and this afternoon Coach Durkin was informed that the University will part ways."
Durkin had been placed on administrative leave in August amid an investigation into an alleged toxic culture at the school's football program following the death of 19-year-old Jordan McNair, who suffered heatstroke during a practice in May.
In his statement, Brady said he respects the many people “who disagreed with the recommendations a majority of this board ultimately made.”
“These were difficult decisions, based on information included in reports stemming from two investigations and a great deal of thought and deliberation,” he said. “I understand that reasonable people could come to other conclusions. And even among our board, some did.”
Brady continued: “In recent days, I have become the public face of both the board and its decisions related to these matters. In my estimation, my continued presence on the board will inhibit its ability to move Maryland’s higher education agenda forward. And I have no interest in serving as a distraction from that important work.”
“Accordingly, I will step down from the Board of Regents immediately,” he said.
Copyright © 2018, ABC Radio. All rights reserved.