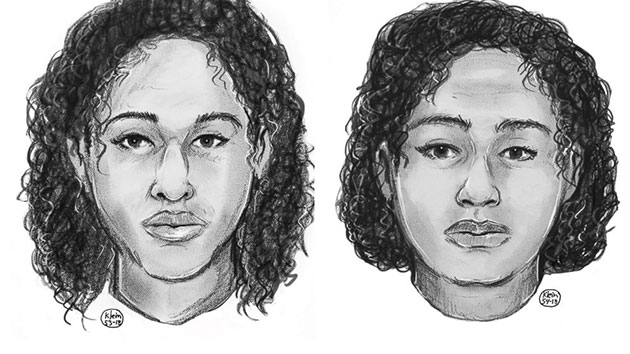 New York Police Department(NEW YORK) — Tala and Rotana Farea, the sisters from Saudi Arabia whose bodies were found taped together in New York City's Hudson River last week, were said to have preferred suicide over returning to their home country, according to police.

Dermot Shea, chief of detectives for the New York City Police Department, said "sources" in Virginia, where the Farea sisters had previously been living, informed investigators that the two women had been in the United States for two to three years and would "rather inflict harm on themselves and commit suicide than return to Saudi Arabia."

"Everything that we’ve seen thus far is pointing to something other than a crime taking place," Shea told reporters at a news conference Friday afternoon. "But we’re not ruling anything out."

Detectives believe the women may have applied for asylum in the United States after alleging that they were victims of abuse, Shea said.

The medical examiner's office will ultimately determine the causes of death as the investigation continues.

A witness told police he saw the women in a park on West 158th Street in Upper Manhattan on the morning of Oct. 24, while he was out exercising. They were sitting about 30 feet apart with their heads in their hands and appeared to be praying, the witness said.

The bodies of Tala Farea, 16, and Rotana Farea, 22, were seen floating along the Hudson River that afternoon, police said.

The sisters, whose bodies were loosely bound together with duct tape, were found lying on rocks near the river, fully-clothed, both wearing black jackets with fur trim and black leggings. There were no obvious signs of trauma, and detectives believe the women were alive when they entered the water, according to police.

Their bodies are believed to have washed ashore with the tide and stayed when it went out, police said.

NYPD detectives are checking to see if any surveillance cameras captured the moment Tala and Rotana Farea entered the river. They are also trying to determine whether either of them had met with any counselors or therapists in recent weeks, two police sources told ABC News.

The Royal Consulate General of Saudi Arabia in New York confirmed in a statement Tuesday that the Farea sisters were students accompanying their brother in Washington, D.C.

Police investigators have traveled to Virginia, where they conducted various interviews with relatives and other associates of the Farea sisters to learn more about them. Shea has said those interviews are "unraveling" what was going on in the women's lives before their mysterious deaths.

Tala and Rotana Farea were, for a time, living with family in Fairfax, Virginia, but the relatives hadn't seen them since Nov. 30, 2017, according to Shea.

After raising allegations of abuse, the sisters were placed in a domestic violence shelter in Virginia in December 2017. They went missing from that facility on Aug. 24, which was the last time they were both seen in Virginia, Shea said.

Through mostly electronic evidence, such as credit card transactions and ATM withdrawals, detectives have determined that Tala and Rotana Farea used various transportation to travel from Fairfax to Washington, D.C., then to Philadelphia and on to New York City, where they arrived on Sept. 1.

Investigators are reviewing hotel and restaurant records, surveillance footage, electronic statements as well as eyewitness accounts to determine what the sisters were doing and where they were staying in New York City between Sept. 1 and Oct. 24, when their bodies were discovered in the Hudson River.

It appears the sisters stayed at a number of "high-end" hotels, ordered at least two meals a day and went shopping, Shea said. Surveillance video recorded just a week before they were found dead shows the pair looking to be in good health and not in any distress. However, their credit card was "maxed out," according to Shea.

"There is a strong possibility here," Shea said, "that money was running out."