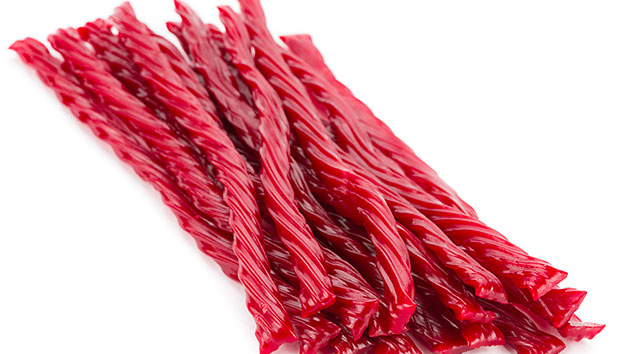 iStock/Thinkstock(NEW YORK) — Police are warning residents of a coastal community in Massachusetts to inspect Halloween candy after needles were found inside Twizzlers.

The morning after Halloween in the quiet town of Marshfield, some 30 miles from Boston, parents discovered what are believed to be sewing needles in two packages of Twizzlers that their child had collected while trick-or-treating in the neighborhood Wednesday night, police said.

"This was supposed to be a night that was fun for the children," Marshfield Police Chief Phillip Tavares said at a press conference Thursday. "Anyone caught giving out candy contaminated with injury-causing substances faces five years in state prison."

The parents told police the needles were inside the twisted licorice candies and that there didn't appear to be any puncture holes on the packaging.

"Anything's possible at this point, so we're actively investigating where exactly were the needles put into the candy," Tavares told reporters.

A spokesperson for The Hershey Company, which manufactures Twizzlers, said its products are made "with the highest food safety and quality standards in the industry," including the use of metal detectors.

"Unfortunately, product tampering is a serious issue this time of year, which is why it is so important for parents to be vigilant and examine their children's candy," the spokesperson, Jeff Beckman, told ABC News in an emailed statement Friday. "At The Hershey Company, quality and safety are our top priorities. We manufacture our products with the highest food safety and quality standards in the industry. This includes a strict quality and safety program that utilizes metal detectors, visual inspections and a variety of other techniques to ensure our products are safe to consume when they leave our facilities."