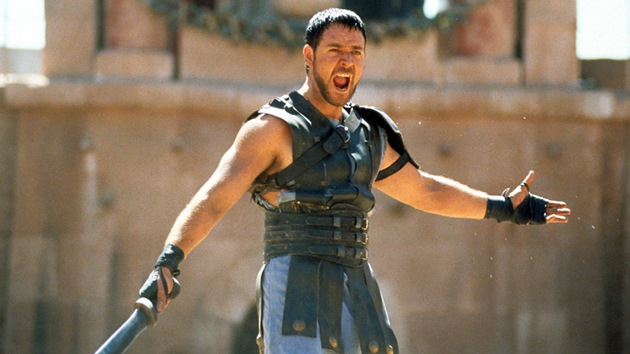 Scott is reportedly moving forward on a Gladiator sequel, according to Deadline. The new film will follow the story of Lucius, the nephew of the evil emperor Commodus, played by Joaquin Phoenix, whom Russell Crowe's Maximus killed in the movie's final scene. The original film won five Academy Awards, including Best Picture and Best Actor for Crowe.

In other sequel news, the long-rumored Bad Boys 3 is a go — at least according to Will Smith and Martin Lawrence. "It's official baby…Bad Boys 3 is happening," the co-stars of the original 1995 buddy-cop action comedy and its 2003 sequel announced in a video posted to Smith's Facebook page on Thursday." No further details were given, though IMDB gives the sequel's title as Bad Boys for Life and lists a January 220 release date.

The first two Bad Boys installments, in which Smith and Lawrence played a pair of narcotics detectives, grossed over $400 million combined.

Marvel movie round-up: ‘Shang-Chi’ getting a sequel; will Hailee Steinfeld and M.O.D.O.K. be seen in ‘Ant-Man 3’?
Biden speaks to ‘incredible news’ inside sluggish November jobs report
Jay-Z and Will Smith partner with ABC News for Emmett Till docuseries, ‘Let the World See’
‘Breaking Bad’ Emmy winner Aaron Paul expecting second child with wife Lauren: “We love you so much already”
Enchanting sequel news: First look at ‘Hocus Pocus 2’; ‘Disenchanted’ gets a release date
‘And Just Like That…’ there’s a teaser-trailer to the ‘Sex and the City’ sequel