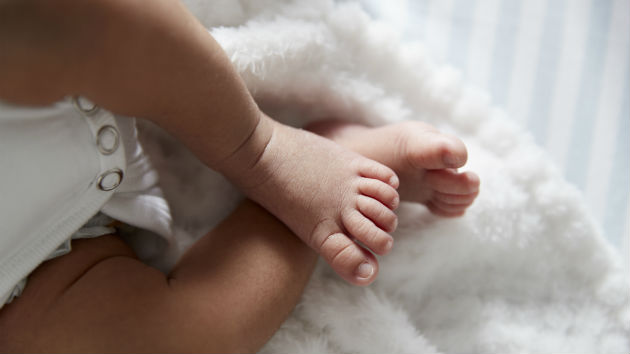 iStock/Thinkstock(PARIS) — France has launched a national inquiry into why babies in some regions over the last 15 years have been born with missing or malformed arms.
Public Health France announced in a statement on Monday that 11 additional cases of hand-related defects from 2000 to 2014 were discovered in a region in eastern France. Seven cases of babies born with malformed arms in this same area between 2009 and 2014 were made public earlier this month.
The French public agency also revealed a few weeks ago that seven cases of babies born with malformed arms occurred between 2007 and 2013 in two regions located in western France.
This makes for a total of 25 cases now made public, causing public alarm and leading to the investigation.
The head of the Public Health France agency François Bourdillon told RTL radio that the probe has begun and results should be known in about three months.
Despite tests on the mothers to determine whether they were exposed to a common substance, no explanations have been discovered to explain the deformations, Bourdillon said.
"I want to know, I think all of France wants to know," French Health Minister Agnes Buzyn told French TV BFM on Wednesday. "It could be an environmental factor. Maybe it is due to what these women ate, drank or breathed in."
Members of the French ecologists party and environmentalists have been pointing out to the fact that all the families affected by these malformations live in rural and agricultural areas and that pesticides could be the cause.
"Scientists have to prove that there are consequences using pesticides," the French agricultural minister Didier Guillaume told French media last week. "Regarding the cases of babies born with no arms, science has to do its work.”
In a phone interview with ABC News, Ségolène Aymé, a French medical geneticist and epidemiologist, said that there are no elements or scientific proof that pesticides are responsible for these malformations.
"This is just a hypothesis," she said.
What are the possible causes? "Genetic problems can be a reason, as well as tobacco, alcohol and drug consumption" by pregnant mothers, Aymé explained.
Defects could also originate from all kinds of chemical products in our daily environment, according to the medical expert.
"What we eat, medicines we take, various pollutants such as solvents in cosmetic or painting products … there are in these products agents that are toxic for the fetus," Aymé added. "The conjunction of these small factors all together can lead to a catastrophe such as a malformed arm."
This is what makes narrowing down what's caused the children to be born disfigured so difficult, the geneticist added.
"That's why in 99 percent of the cases," she added, "we don't know the specific causes of these malformations. Many factors added together lead to defects."
Preliminary conclusions of the inquiry are expected by the end of January with a full report on the children's abnormalities due in June 2019.
"The investigation," the French Health Minister told French TV BFM, "is just beginning."
Copyright © 2018, ABC Radio. All rights reserved.