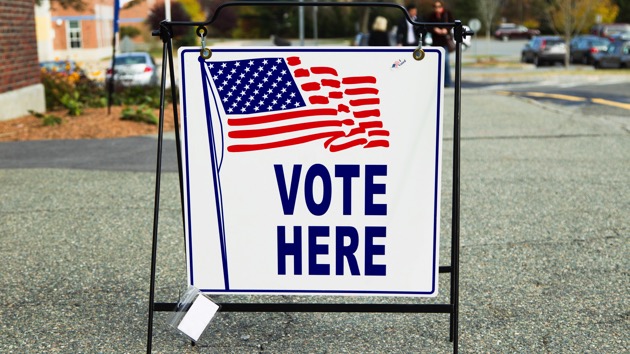 iStock/Thinkstock(WASHINGTON) — Tuesday’s midterm elections will be the “most secure” elections in U.S. history, according to Secretary of Homeland Security Kirstjen Nielsen, though the U.S. government remains on high alert for any election-related mischief.
“This is going to be the most secure election we’ve ever had,” Nielsen told the audience at a Council on Foreign Relations event on Friday. “But as we all know, this is a dynamic threat, it changes by the minute.”
Nielsen said that “as of today,” DHS has not seen a coordinated attempt by a foreign government to interfere in American voting infrastructure, such as voter databases, polling systems and voting machines, but pledged to notify state and local officials “the moment that changes.”
“Everyone should vote. Everyone should feel confident that state and local [officials] are doing everything they can to secure the infrastructure,” she said. “Because a very important thing here is the adversary wins if we don’t vote, right?”
Nielsen acknowledged that U.S. election systems are under “constant attack.” Ahead of the 2016 election, hackers linked to Russia scanned or probed election infrastructure in all 50 states, DHS officials said, though they aren’t believed to have manipulated any records. This year, Nielsen said, there were only a few “very limited cases” of access — not attributed to a foreign campaign — that had to be “mitigated.”
U.S. officials and experts have seen, however, a continuation of the Russia-linked online influence campaign to spread propaganda, disinformation and incendiary rhetoric that allegedly targeted the 2016 elections.
Last month, the Justice Department indicted a Russian national for her alleged role in the conspiracy, and court papers detailed how the Russians allegedly passed themselves off as Americans on Facebook, Twitter and elsewhere to “sow division and discord in the U.S. political system, including by creating social and political polarization, undermining faith in democratic institutions, and influencing U.S. elections, including the upcoming 2018 midterm election.”
Nielsen said such online influence operations were “very pernicious” and “much more difficult to get our hands around” than the effort to secure election infrastructure. The FBI has taken lead on battling the disinformation online, but Nielsen said much of the strategy comes down to “educating” the American public to consider the source of the information they’re reading.
“We need to continue as a country to figure out how to combat that part,” she said.
She is worried, she said, that even the suggestion of irregularities on or after election night could undermine confidence in the process.
“My biggest concern,” Nielsen said, “is that a foreign entity will take the opportunity after the election or the night of the election to attempt to sow discord through social media by suggesting that something did not work as it should in a certain area.”
Information operations experts recently described to ABC News the difficulty in fighting the online disinformation campaigns, as foreign and domestic trolls and bots continuously evolved to skirt new security policies implemented by social media companies.
“So now the people at the first line of defense are the people at the tech platforms and what they’re going to find is as they change the state of play, as they change the rules a little bit, the adversary is going to evolve and respond,” said Renee DiResta, director of research at the Austin, Texas-based cybersecurity firm New Knowledge. “This is going to be an arms race that’s going to play out kind of for the indefinite future.”
Copyright © 2018, ABC Radio. All rights reserved.