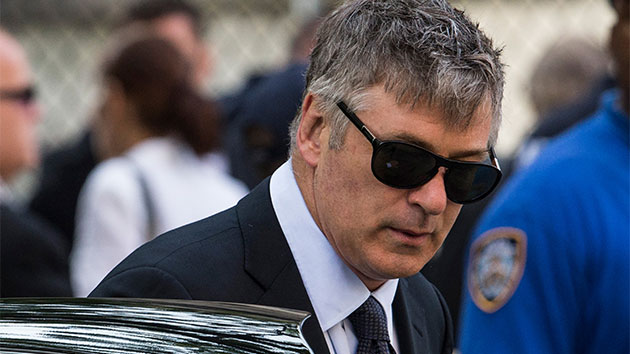 Andrew Burton/Getty Images(NEW YORK) — Actor Alec Baldwin is in custody and expected to be charged with assault after punching someone after what officials described as a dispute near his East 10th Street home in New York City's East Village.

No other information surrounding the arrest was immediately available.

A representative for the actor has not responded to ABC News' request for comment.

Baldwin, 60, has faced legal trouble in the Big Apple in the past.

In 2014, after a New York City police officer issued him a summons him for riding his bike the wrong way on a one-way street, Baldwin allegedly said, "I don't have identification.

Just give me the f—ing summons” and “wrap this summons around your head.”

A police source added at the time that Baldwin “got arrogant and loud," which is why he was given his second summons for disorderly conduct.

Baldwin responded in a tweet of his own, naming the officer and declaring, "New York City is a mismanaged carnival of stupidity that is desperate for revenue and anxious to criminalize behavior once thought benign."

Meanwhile, President Donald Trump, whom Baldwin impersonates on "Saturday Night Live," had a few words of encouragement for the actor, when told about the impending charge.