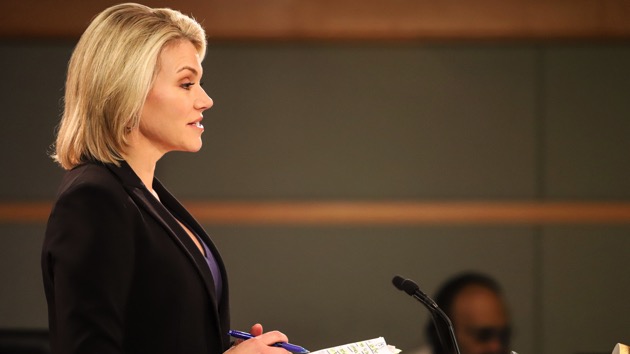 Alex Wroblewski/Getty Images(WASHINGTON) — President Donald Trump has told State Department spokesperson Heather Nauert that he wants to nominate her as U.S. Ambassador to the United Nations, a senior White House official told ABC News.
It is unclear whether she has accepted the position, now held by Nikki Haley, who said she would leave by the end of the year.
Nauert has been the department spokesperson since April 2017 after a career as a broadcast journalist at ABC News and an anchor at Fox News. After Secretary of State Rex Tillerson was fired, she was promoted to acting Under Secretary of State for Public Diplomacy and Public Affairs.
Nauert met President Trump at the White House on Monday, two sources told ABC News — her second meeting with the president about the role.
The role requires Senate confirmation.

This is a breaking news story. Please check back in for updates.
Copyright © 2018, ABC Radio. All rights reserved.