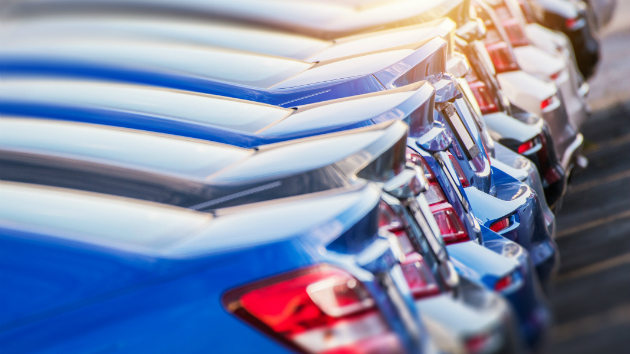 iStock/ThinkstockAhead of the midterm elections, ABC News is highlighting key issues that affect Americans and how the Trump administration's policies are making a difference in their lives. This part of the series focuses on why car prices are on pace to end the year at an all-time high.
(NEW YORK) — From January to September, new-car prices in the U.S. averaged the highest for that nine-month period since 2008 — or, actually, ever.
Car prices are a great vehicle for understanding issues underpinning the current economy. So what's behind the climb in prices for new autos?
It's partly the effect of tariffs on raw materials — a Trump policy. It's partly due to rising interest rates since 2015 — not a Trump policy, as he's consistently attacked the Federal Reserve for raising rates. On the back of these rate hikes, there's less "cheap money" available, and loan terms are moving in a direction less favorable to borrowers, extending to 72 months for some.
ABC News has gathered some numbers to explain why it costs more, on average, to buy a new car than ever before:
• $35,631: The average price for new vehicles hit a record high in 2018, up $4,000 from five years ago. (Source: Edmunds)
• $532: The average monthly loan payments in 2018, the highest in a decade. (Source: Edmunds)
• 7 percent: The availability of 0 percent loans, reaching their lowest level since the financial crisis in 2008. (Source: Edmunds)
• $5,286: The average total interest paid on new car loans hit a record high in 2018, more than $2,000 higher than in 2013. (Source: Edmunds)
• $250: The average price increase of a new car due to higher steel prices. The Trump administration slapped a 25 percent tariff on foreign steel, and domestic producers raised prices to match. (Source: Ryan Young, an economist at the Competitive Enterprise Institute)
Copyright © 2018, ABC Radio. All rights reserved.

Appeals court weighs whether Justice Department should substitute for Trump in defamation suit
Socks for Seniors collects 578 pairs of socks
Biden declines comment on report Trump tested positive for COVID days before debate
Denver still waiting for first snow of season, breaking record
Homicide record broken in Louisville with 2 slayings, including a teenager killed on Thanksgiving Day
When might the release from the US strategic oil reserve affect gas prices?